A Look Into "Building and Training," an Exhibition of Work by Daniel Giles Helm - Christopher C. Gibbs College of Architecture

A Look Into “Building and Training,” an Exhibition of Work by Daniel Giles Helm 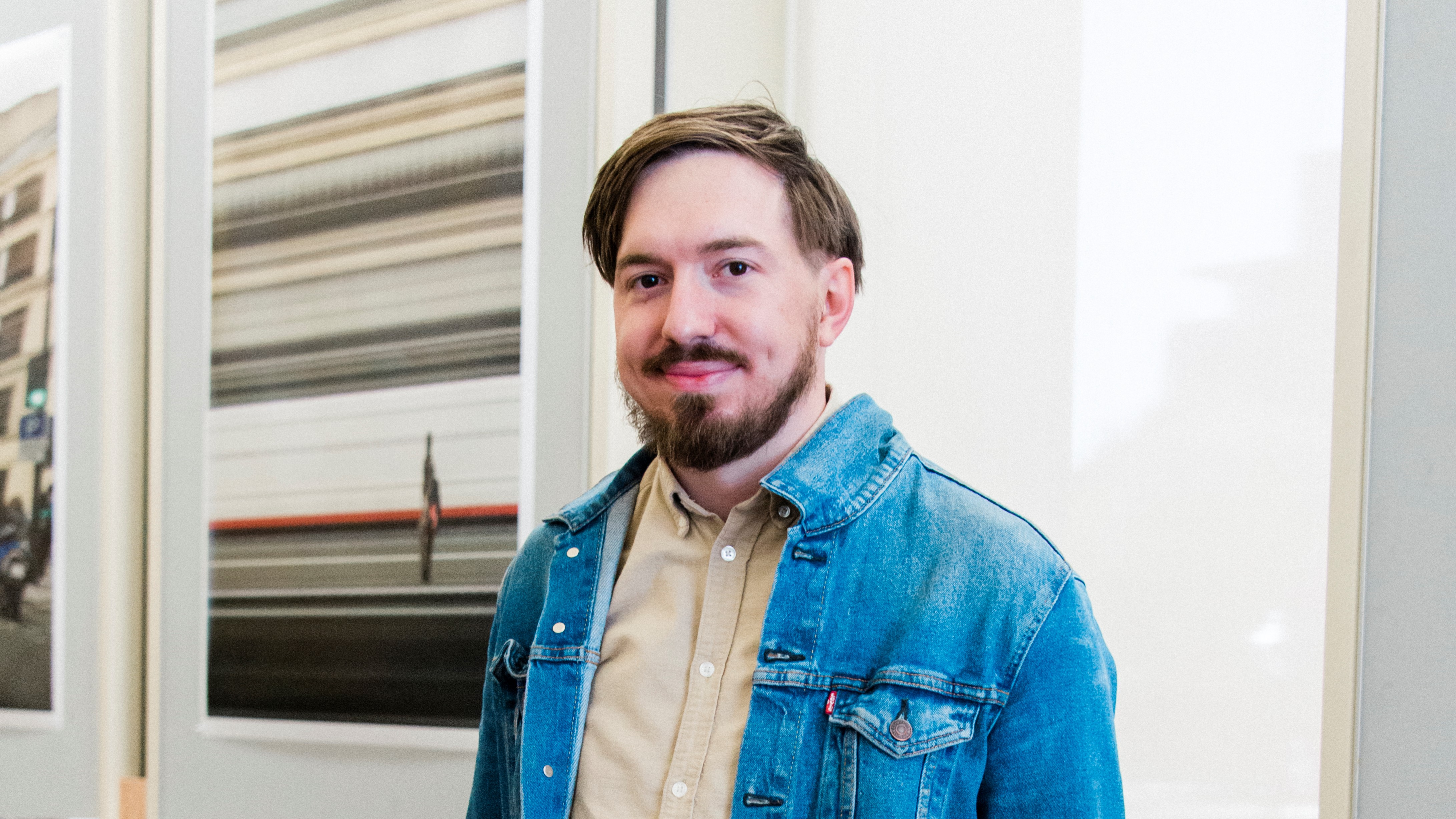 A Look Into “Building and Training,” an Exhibition of Work by Daniel Giles Helm

The Gibbs College of Architecture (GCA) recently got another look at Master of Fine Arts student Daniel Giles Helm’s “Building and Training” exhibit, which was featured in the Architecture Library this past April. While most of Helm’s work utilizes humor, “Building and Training” deviates from that common communicative element to further explore the interaction between technology, data, and humans. Each piece was created with pre-existing media or computer-generated by a neural network trained to produce new images based on what it already knows. Exhibit-goers were able to interact with Helm’s machine learning program through a virtual reality (VR) experience.

GCA communications intern Kathryn (K) caught up with Daniel (D) to learn more about his thought process behind the exhibit, interests in found data and media, and plans for the future. Read on for highlights from their conversation.

K: Could you explain your train of thought when creating this exhibit? How did this all start?

I think there’s a lot of value in trying to understand all the things that are already out there in the world.

This series came about because I was thinking a lot about inhabited spaces and the constructed environment. The pieces that work with modifying video have to do with translating time and movement into image space, and the pieces that work with computer generated models have to do with images that have already been taken and the representation those have.

K: Most of your exhibit is focused on architectural spaces, especially towers and churches. What inspired you to explore that?

D: The first version of this show came about from talking with Matt Stock, the architectural librarian, about a site-specific show for the library. Because of that, and because I was actively thinking about architecture, that’s where the direction of this show began. When it comes to exploring churches and towers, I mostly took cues from the research team at NVIDIA, whose model I’m using. They were using churches and towers as these iconic architectural forms or categories, so in a certain way, I’m somewhat just repeating what’s already being focused on out there.

K: What do you think you’ll do next? Do you see yourself moving forward and doing something similar to this exhibit?

D: I love this series and am really drawn to it, so I wouldn’t be surprised if I made more cities and books just for myself. However, I’m in my last year of my MFA and am working toward my thesis, which I’ve been thinking about a lot.

Technology has a lot of power over us. Many people are very opinionated about technologies but feel powerless to affect them, or maybe even powerless in understanding how they work. Technology is almost magical in that way. So, I am trying to work on a show that breaks down a lot of these “creepier” technologies; some of these things that make the world seem like we’re already in the future dystopia. I want to place them all in one space, explore how that makes people feel, and ideally empower people to feel like they have an understanding of technology and can be more opinionated about it. Exploring those ideas about feeling disenfranchised relative to technology is my primary thought space right now.

It all kind of comes back to massive and overwhelming amounts of data and thinking of new ways to curate and transform it to better understand not just the data itself, but what that data means culturally or how society relates to it.

I also think we lose sight of the fact that these technologies are created by other people, so their ideologies and biases all get integrated into the technology. As much as we want to say, “Oh it’s just math,” it’s not really. Technology has a cultural and social footing that I think needs to be acknowledged and thought about a lot.

Technology has a cultural and social footing that I think needs to be acknowledged and thought about a lot.

K: You’re currently completing your MFA in Art, Technology, and Culture at OU. What made you want to go this route and explore technology in a cultural retrospect?

D: It hasn’t exactly been a straight-forward path. I have 3 undergrads; I did a double major in philosophy and linguistics when I was just out of high school, then I went back to school for computer science. I’ve always been interested in a lot of those subjects, as well as understanding humans and our role in the world. I had also been making things and was already interested in a creative practice, so an MFA was interesting to me because it combined advanced technologies, most likely a career path that involves teaching, which I’m really interested in, and design and problem solving. There’s also this whole aspect of art practice dealing with critical theory and politics, so a lot of the motivation behind this work is a political interest.

We’d like to give a special thank you to Daniel for taking the time to speak to us about his work and thought process. We look forward to seeing what you do next, Daniel!

Editors note: This interview has been edited and condensed for clarity.