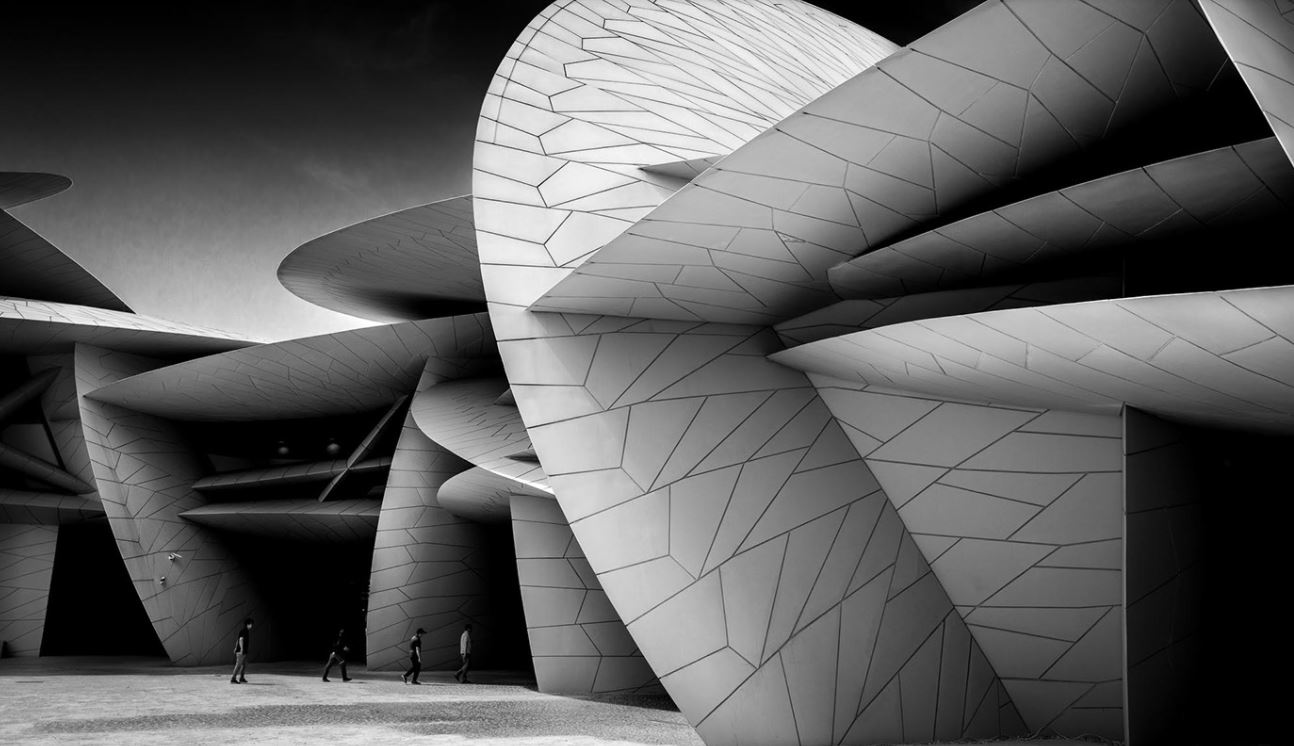 We invite you to join us on a tour of 13 unique architectural sites around the world! From Beijing to Tokyo, Doha to Santiago and beyond, each of these buildings highlights inspiring elements of local and global design culture. Let’s get started!

The Lideta Mercato was designed by Xavier Vilalta. Vilalta was born in 1980 in Mollerussa, Spain. He studied architecture in Barcelona, London, and Chicago. Construction for the building begin 2010. The design of the building was inspired by Ethiopian art. The Lideta Mercato won the award Best Shopping Center. The concrete used for the outside of the structure keeps out excess sunlight, but the interior still gets an adequate amount of natural light. This project was completed in 2017.

The Beijing Daxing International Airport was designed by Zaha Hadid. She was born in Iraq in 1950. In the 1970s, she moved to London to study architecture. Zaha Hadid and her team of architects started working on this project in 2014 and they completed this project in 2019. Her and her team wanted to build an efficient airport for travelers while incorporating elements of traditional Chinese architecture. This airport is one of the largest airports in the world that covers 7.5 million square feet with four stories in the building.

The Sumida Hokusai Museum was designed by Kazuyo Sejima. Kazuyo Sejima was born in 1956 in Japan. She studied architecture at Japan’s Women’s University. She is known for her modernist designs and she incorporated that in this project. The four-story building has aluminum sheets on the exterior and hardly any windows. The museum was completed in 2016 and it contains an impressive collection of works done by Katsushika Hokusai.

Jean Nouvel, a French Architect, designed the National Museum of Qatar. Nouvel was born in 1945. He studied architecture in Paris, France. This museum took nearly a decade to build and it was finally opened to the public in 2019. Nouvel’s inspiration for this design from a desert rose crystal. This complex structure cost over $430 million. The museum has many exhibits, cafes, gardens, a rooftop restaurant, and many other spaces.

The Lotus Temple was designed by Iranian architect, Fariborz Sahba. He was born in 1972. He received a master’s degree in architecture in 1972 at a Fine Arts University in Tehran. Contruction for the temple began in 1980 and the temple was completed in 1986. The temple was constructed as a place of worship for the Bahá’í faith. The number nine is a significant number in the Bahá’í faith and Sahba wanted to construct the temple with the number nine playing a role in the design. There are nine pools rounding the structure and the petals are constructed in groups of nine.

The Tabiat Bridge was designed by Leila Araghian. Araghian was born in 1983 in Iran. She studied Architecture in Iran and she went on to get her Masters degree in Architecture at the University of British Colombia. The bridge began being constructed in 2010 and was finished in 2014. The bridge connects two parks. Araghian wanted the bridge to be a space that people would admire and enjoy while they walked across.

The United Nations Educational, Scientific and Cultural Organization (UNESCO) building was designed by Bernard Zehrfuss (France), Marcel Breuer (Hungary), and Pier Luigi Nervi (Italy). African American architect Beverly Loraine Greene was also a part of the design team. Beverly Loraine Greene was born in 1915 in Chicago, and she studied architectural engineering in Illinois. She was the first African American woman to become a licensed architect. Marcel Breuer asked Loraine to help on this project. Sadly, Loraine died in 1957 before the building was completed in 1958.

The Guggenheim Museum was built by Canadian-American architect, Frank Gehry. Frank Gehry was born in 1929 in Toronto. He and his family moved to California and he studied architecture at the University of Southern California. He went on to Harvard to study city planning. The Guggenheim started being built in 1993 and was completed in 1997. Gehry wanted the space to have lots of natural light and natural materials. The structures contains 33,000 thin titanium sheets that allow the building to appear to be different colors throughout the seasons.

The Biotechnological Building in Mexico City was designed by Tatiana Bilbao. Bilbao was born in 1972 in Mexico City. She studied architecture and urban planning at Iberoamerican University. Bilbao was inspired by a tree when she was designing the Biotechnological building. This geometrical building has five stories and contains lots of natural light. Bilbao is known for being eco-conscious in her designs and that can be seen in this building. The building was completed in 2013.

The Ruca Dwellings housing development was designed by Cristian Undurraga and his team of architects. Undurraga was born in 1954 in Santiago. He studied architecture in Chile. In 1978, he founded his own design studio, Undurraga Design Studio. Construction for this project began in 2011. The Mapuche community inhabits Chile and Argentina. They are one of the biggest indigenous groups that lives in Chile. The development was inspired by Mapuche traditions. Natural materials were used to build the homes and the homes face the east so that the doors face the sun rise. The housing development was completed in 2015

The Francis Gregory Library in southeast Washington, D.C., was designed by David Adjaye. Adjaye was born in 1966 in Tanzania.  He moved to many different countries with his family while he was growing up and he eventually settled in London to study architecture. Adjaye wanted the library to have a simple, but elegant feel to it. He wanted to use lots of glass in the design so the visitors would feel as though they were in a forest while inside. The library was completed in June 2012.

The National Museum of the American Indian was designed by Indigenous architect Douglas Cardinal. Cardinal was born in Ottawa, Canada, in 1934. He studied architecture in Canada. He worked on the design for this building and several architecture firms worked on constructing what Cardinal had designed. The Jones & Jones architecture firm collaborated with SmithGroup and the Native American Design Collaborative to create this space. The building is built with natural materials and natural colors are incorporated in the space to bring about a connection between the Earth and the building. The building was completed in 2014.

Interested in learning more about these architects and projects? The links below include insightful information about the projects and the architects who worked on them.