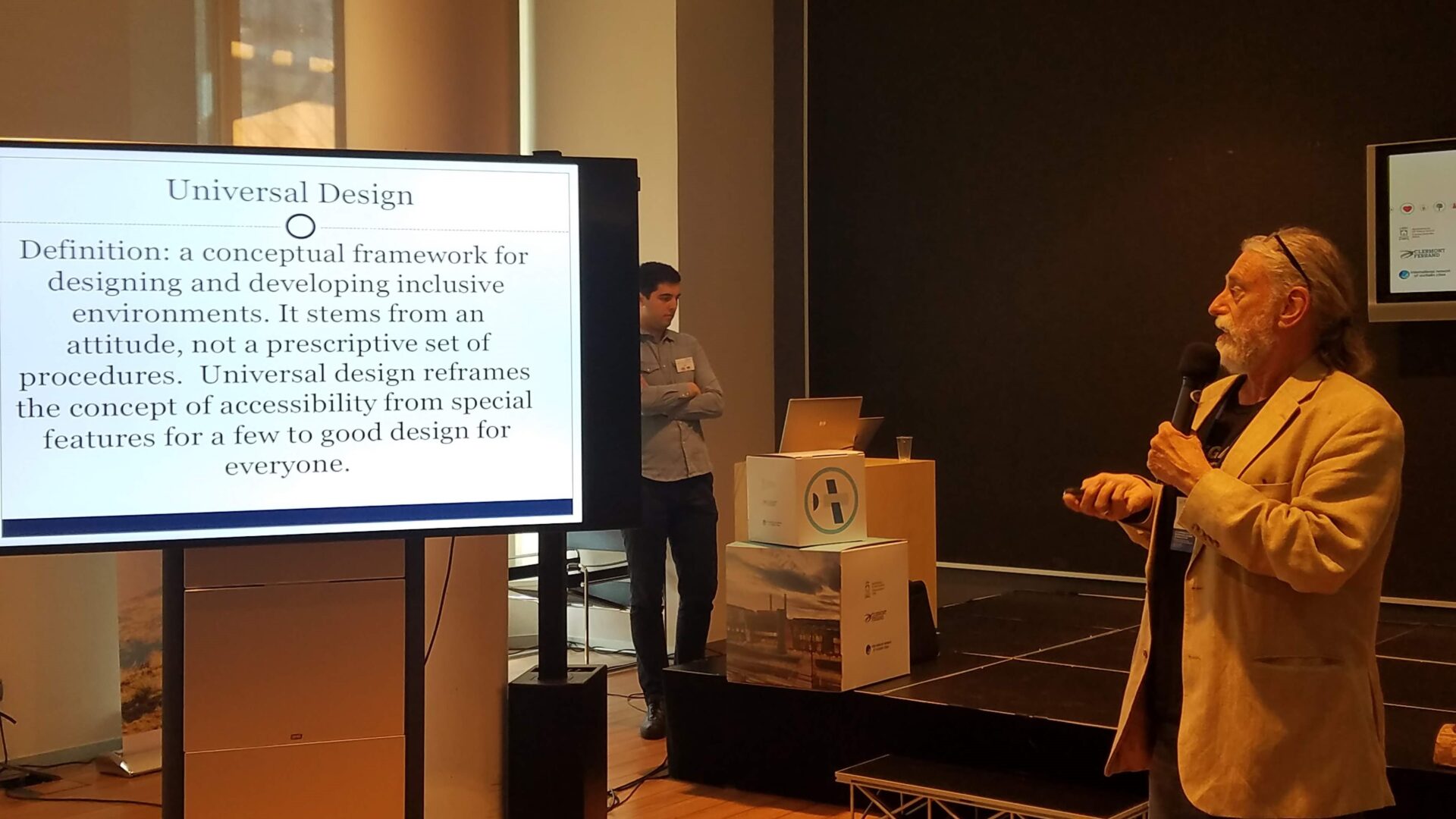 The conference was held March 27-29, 2019, in Vitoria-Gasteiz, Spain, recent Green Capital of the European Union. While at the conference, Boeck participated in many presentations, city meetings, labs, and tours including the Bilbao Guggenheim and the Sagrada Familia in Barcelona.

Boeck also presented the work Norman is doing to make itself an age-friendly and accessible city, including the evaluation and updating of its accessibility transition plan and its ad hoc citizen’s steering committee on accessible housing.

While there, Boeck also met with university personnel from other sister cities to discuss possible future collaborations between our architecture programs in studio projects. There were representatives from architecture programs from the United Kingdom, United States, Germany, Spain, and France. Boeck commented, “There was an enthusiasm to develop collaboration between all the schools.”