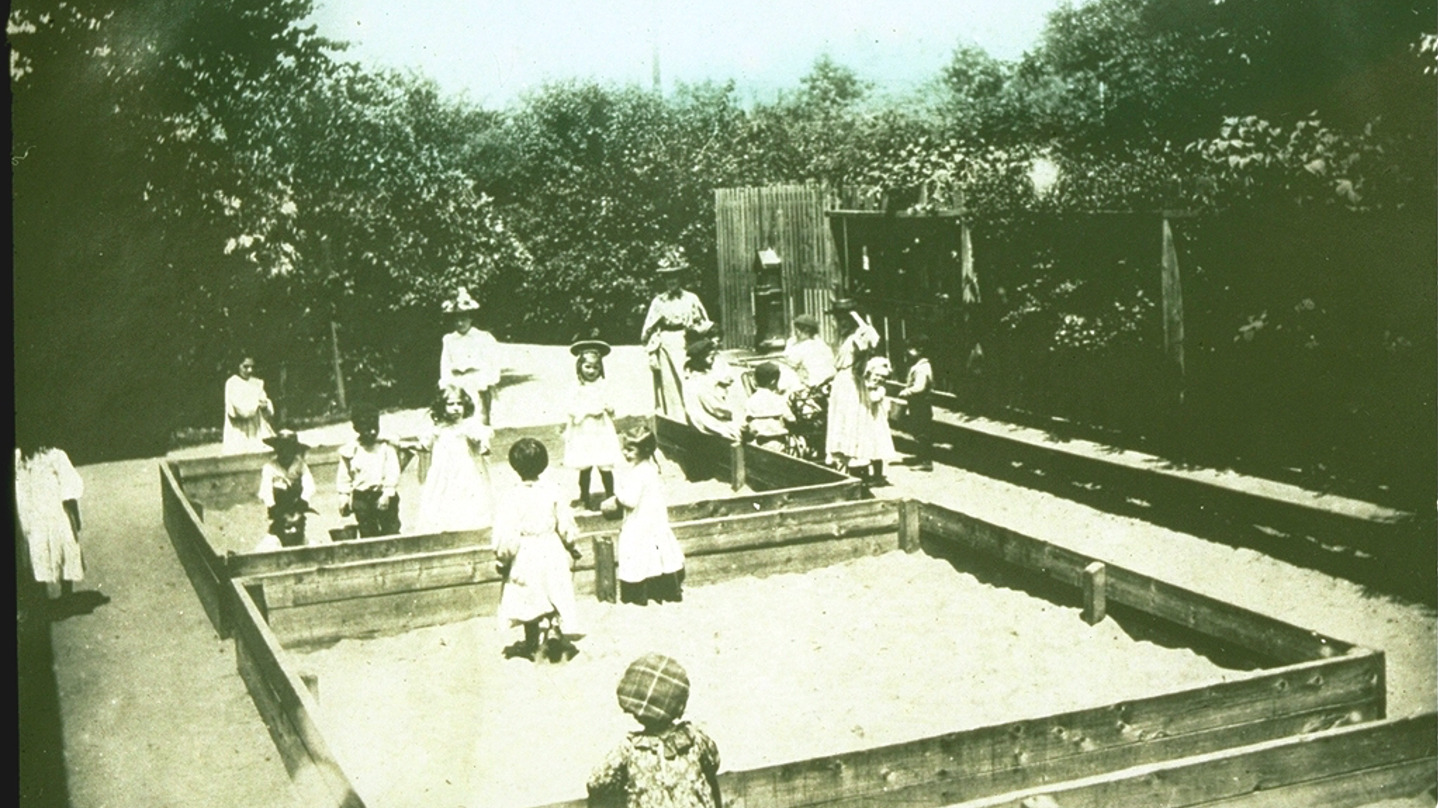 Dr. Tamar Zinguer, a professor in the Division of Architecture, recently presented a paper at the 52nd Annual Meeting of the International Society for Landscape, Place and Material Culture that took place this fall in Tulsa, Oklahoma. The different meeting sessions explored various cultural landscapes in the United States, as well as the dialectics of memory of place and space in the build environment.

Dr. Zinguer’s paper, titled “Emancipating the Sandbox: Creating Communal Space Through Play,” explored the role of the public park sandbox as a supportive ground for acts of socialization as well as a feminist space. Dr. Zinguer explained the history of the sandbox, how American doctor Marie Zakrzewska recommended the addition of a sandhill to Massachusetts’ public parks after seeing how children of all backgrounds played together in the sandhills in the public gardens of Berlin. These sand heaps proved incredibly popular in Boston, and in 1891, the first sandbox was incorporated into the design of a public park.

The park, Charlesbank in Boston, was designed by F.L. Olmsted, and the sandbox was surrounded by dense shrubbery so children could play under the supervision of a matron while their mothers exercised on the women-only jungle gym nearby. This sand-court would greatly improve these working mothers’ quality of life.

It was with similar support and financial backing by women philanthropists, that the ‘sand-court’ was introduced as a tool of emancipation and gained global recognition. Instituted by women for the neighborhood and the city, the sandbox—a supportive ground for acts of socialization—was gradually recognized as a ‘community builder’ worldwide.

The sandbox was a feminist space, a practical experiment in material culture that led planners and architects to consider a woman’s life in their designs. In the puritan male space dominated by values of work, women carved a public place for themselves through play.