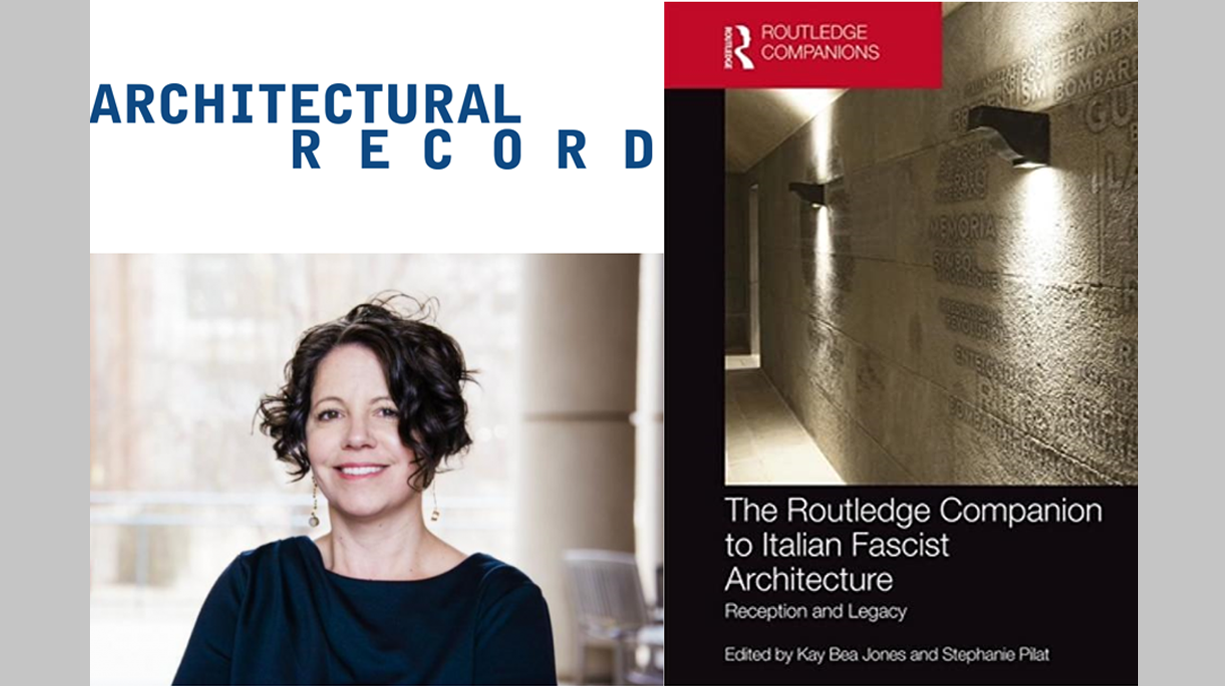 Co-edited with Kay Bea Jones, the book brings together the voices of dozens of scholars from around the world to reflect on the many ways in which the physical legacy of the fascist regime has been transformed. The essays include a rich array of new arguments by both senior and early career scholars from Italy and beyond.

In his review, Rifkind writes that the book “presents important new research by a number of leading scholars of fascist-era architecture.” The review also mentions one of Gibbs College assistant professor of architecture Francesco Cianfarani’s three chapters, which Rifkind says “offers a richly researched chapter on social housing in the suburbs of Rome.”