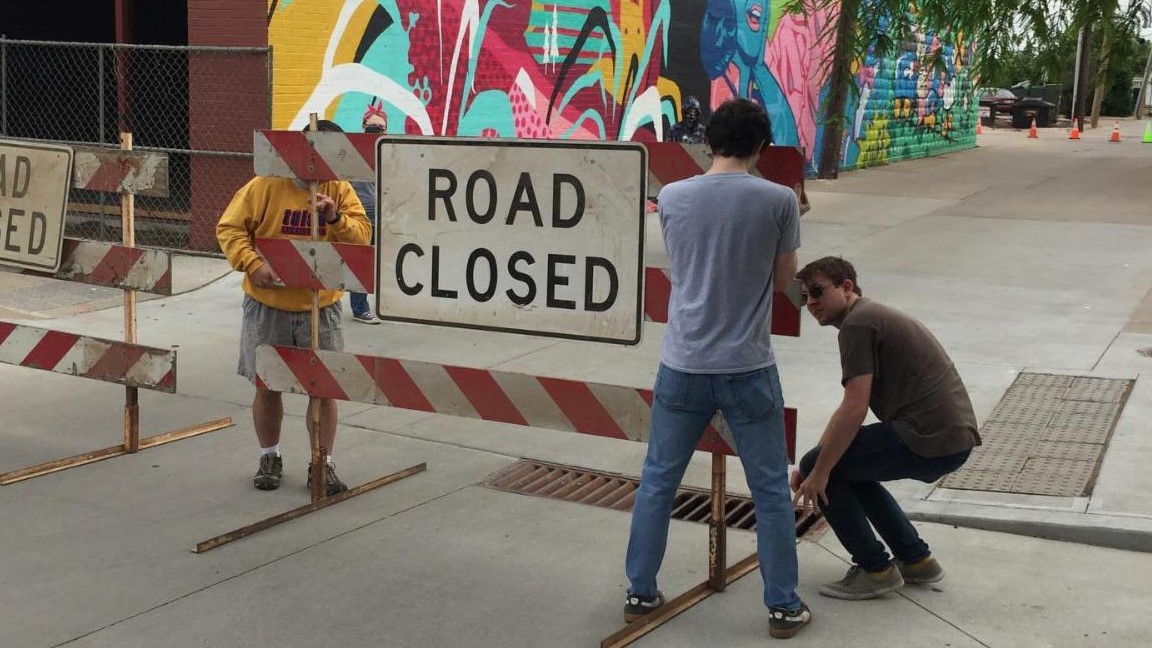 This article originally appeared in the June 1, 2021, AIA COC newsletter.

Since February, höffnerdesignstudio has been host to OU Gibbs College of Architecture students Reilly Tuer and Kyler Smith. Tuer and Smith are fulfilling their internship semester by doing a project with the City of Edmond that carries forward an Institute for Quality Communities (IQC) initial report. Thanks to funding from IQC, the students are able to have paid internships while working in a professional setting, on a project with real stakes, and for a real client.

The intent of our project is “Activating Alleys.” Fola Salami and Ken Bryan, both of Edmond Planning Department, familiarized us with the alleys and a vision to make them lively, and pedestrian and bicycle safe, while supporting mixed use development. City Councilman David Chapman further emphasized that the City of Edmond understands the need to try a new approach to attracting young people to Edmond and retain them.

In response, the students imagined a place where people could live and work in a forward thinking development. Cars would be secondary to walking and cycling. A multimodal transit hub makes it possible to develop a spine that is at once connective tissue, and an armature for play, commerce, and daily life.

The students’ final report was extremely well received at their presentations both to City of Edmond stakeholders and faculty at the College of Architecture and IQC. Despite being done with fulfilling their internship requirements, the students were motivated to keep going forward. Permission was secured to realize their design in the form of a “tactical urbanism” project; to mock up some elements of their work so people can get a preliminary taste of “The Tracks.”

Painting took place in a day long push led by the students and höffner, together with numerous volunteers, largely from OU College of Architecture. On Thursday, the project will be enlivened with music, pop-up stores, lighting and outdoor seating. During this trial run, volunteers will gather data through behavior mapping and handing out surveys.

“The Tracks” is a collateral project that will take place during the Edmond VIBES art walk on Thursday, June 3 from 5 PM until 10 PM in the alley west of Broadway between W 1st and W Main.