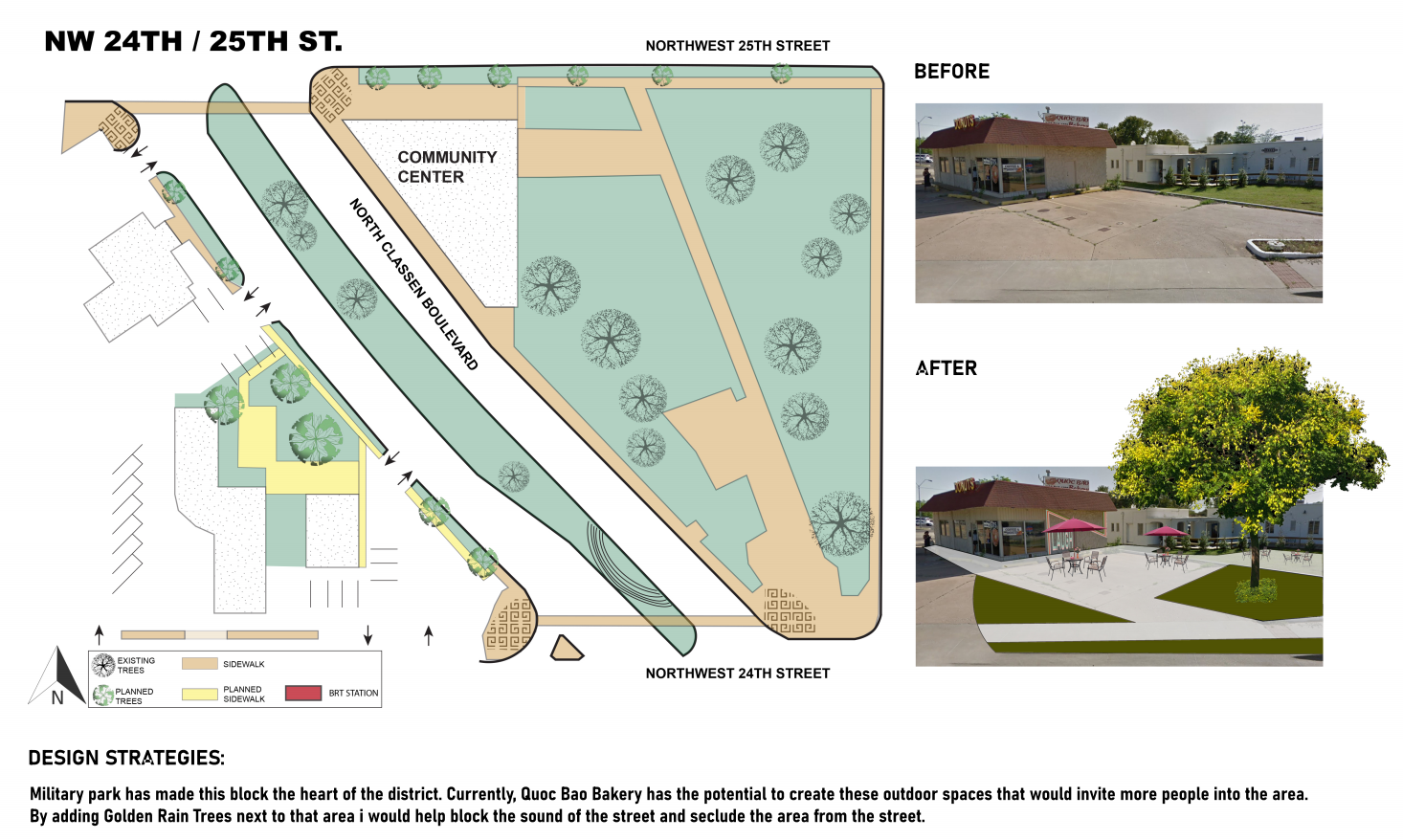 OU students Alexander Downum and Ricardo Silva recently completed a conceptual project for the Institute for Quality Communities (IQC) in the Asian District of Oklahoma City. For this project, they were invited to create a new proposal for the streetscapes in this area. Their mentors, Lisa Chronister and Victor Trautmann (both College of Architecture alumni), helped them develop these proposals and guided them throughout their project.

Alexander and Ricardo had 10 weeks to create concept plans and images for streetscape improvements along Classen Boulevard between NW 23rd St. and NW 30th St. in the Oklahoma City Asian District. Thousands of Vietnamese immigrants came to the Asian District in the 1970s when the Vietnam War ended. The area continued to grow and has become an international neighborhood with boutiques, restaurants, markets, and other businesses.

“My favorite part of this project was helping the students create a plan that revitalized many forgotten or unused spaces throughout the district,” said Lisa Chronister. “It was challenging but truly rewarding. It was exciting to see the community leaders see these proposals and envision these spaces in the area.”

The team learned more about the importance of design in streetscape. While these areas may seem small and often overlooked, they can add more to the environment and create a more meaningful experience for those who visit the Asian District.

The team wanted to inspire the community to make improvements to the area in the future. The business owners and stakeholders have ideas on future improvements to their street frontages and underutilized sites in order to transform the image of the district.

Chronister said, “The Team Mentors are most excited that the students will carry the knowledge they’ve learned on this project about urban design to future projects they touch over the course of their careers.”

Alexander and Ricardo are both studying architecture and will be starting their fourth year in Fall 2021.