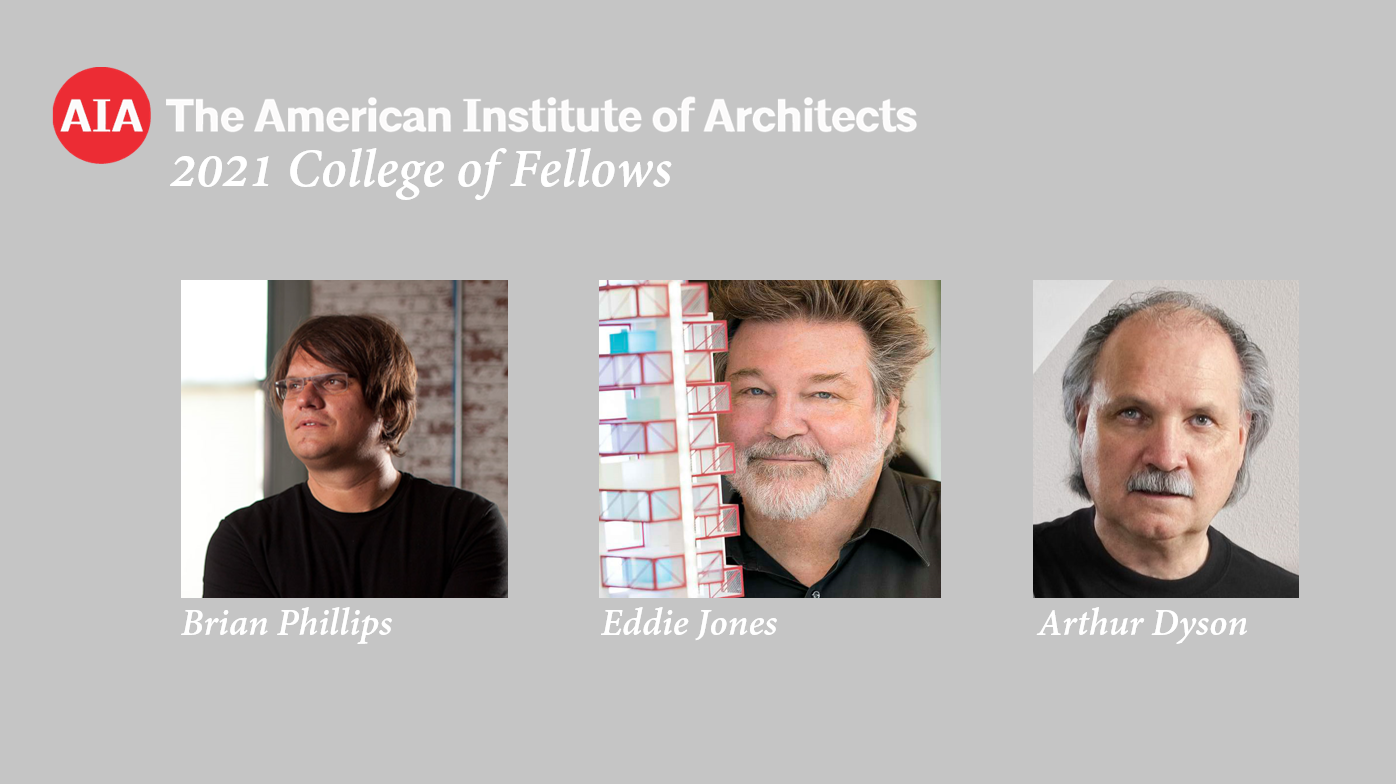 Congratulations to OU alumnus Brian Phillips and American School architects Eddie Jones and Arthur Dyson for being elevated the American Institute of Architects’ College of Fellows in 2021. Phillips, Jones and Dyson have all previously served as Bruce Goff Chairs of Creative Architecture at the University of Oklahoma.

Phillips is founder of the Philadelphia-based Interface Studio Architects, whose focus is housing, though the firm also is involved in projects in Boston, Chicago and other cities nationwide. The firm recently was awarded two American Institute of Architects National Housing Awards.

Jones is founder of the Phoenix, Arizona-based Jones Studio, whose notable projects have encompassed higher education and research facilities, National Football League training facilities, performing arts centers, a town hall, softball and soccer stadiums, and over 18 finished custom-designed homes. Jones Studio has been honored with over 100 design awards for 50 projects. Jones, who is a graduate of Oklahoma State University, credits Bruce Goff as one of his heroes.

Dyson has practiced architecture and environmental design in Fresno, California, for over 40 years. During this time he has designed over 700 buildings, including several library facilities. His experience began while working with the legendary architect Frank Lloyd Wright in 1959 on the Marin County Civic Center, a 300,000 square foot government office complex in San Rafael, California; and the Guggenheim Museum in New York City. Dyson worked with Bruce Goff when Goff was practicing from his Bartlesville, Oklahoma, studio

If you are a University of Oklahoma alumnus who achieved FAIA status this year, please let us know! You can share your news here.