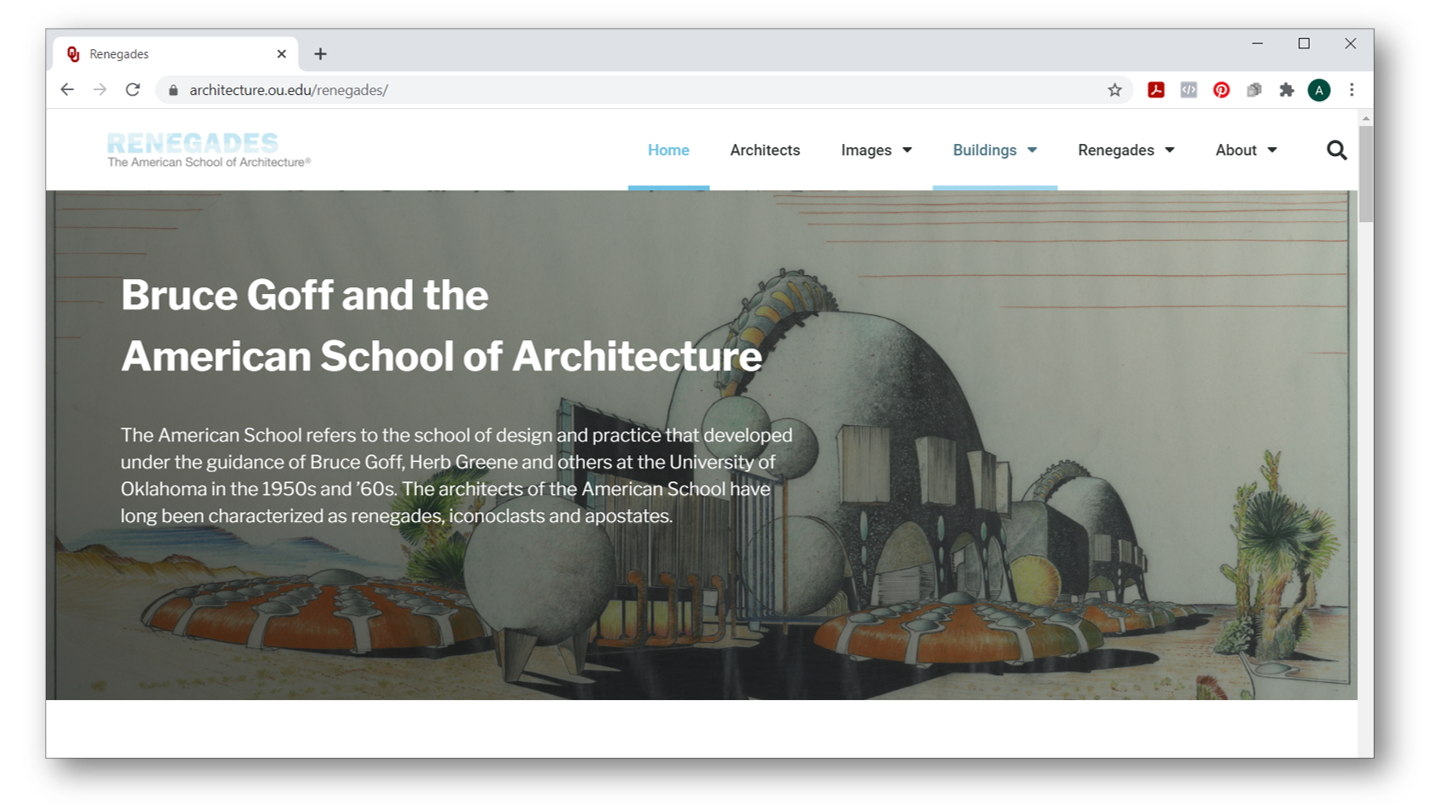 The Christopher C. Gibbs College of Architecture at the University of Oklahoma (OU) is pleased to announce the launch of “The American School of Architecture: An Interactive Database,” made possible by an ‘Art Works’ grant from the National Endowment for the Arts (NEA).

By democratizing the database and opening it to the general public, anyone who is interested in architecture or design will be able to access it freely to learn more about the American School. If you would like to share a biography, drawing or archival image with the archive, please click here.

The American School of Architecture, described as “A new school, probably the only indigenous one to the United States” by architect Donald MacDonald, is a style of architectural thought that began at the University of Oklahoma during the 1950s and ‘60s. During that time, the American School was developed and the traditional curriculum inspired by either the French Beaux-Arts or German Bauhaus schools was put to the side as pioneers of the American School such as Bruce Goff, Herb Greene, Elizabeth Bauer Mock, and other OU faculty paved the way for the American architects of today.

“The partnership between the College of Architecture and the University Libraries has created a collection that documents national and international impacts of the American School architects,” said Bridget Burke, who recently served as associate dean for ‘Special Collections’ at OU Libraries. “To receive funding from the National Endowment for the Arts is an affirmation of the significance of the project, and recognizes that OU is building a resource of national importance and visibility.”

“Creating a digital database for the American School Project opens up the wonderful archives here at the University of Oklahoma,” said John Stewart, assistant director of OU’s Office of Digital Learning. “This grant from the National Endowment for the Arts and our digital infrastructure will allow us to share how OU shaped cultural heritage in Oklahoma and across the world.”

Other Oklahoma-based projects funded by the 2020 National Endowment for the Arts ‘Art Works’ grants are the creation of ‘A Little Peace’ by choreographer Robert Mills in honor of the Oklahoma City bombing for the Oklahoma City Ballet, the opportunity for high school students to study with art professionals during the summer at the Oklahoma Arts Institute and the support of the Hearts of Our People: Native Women Artists exhibit at the Philbrook Museum of Art.

To learn more about the American School of Architecture at OU, click here.