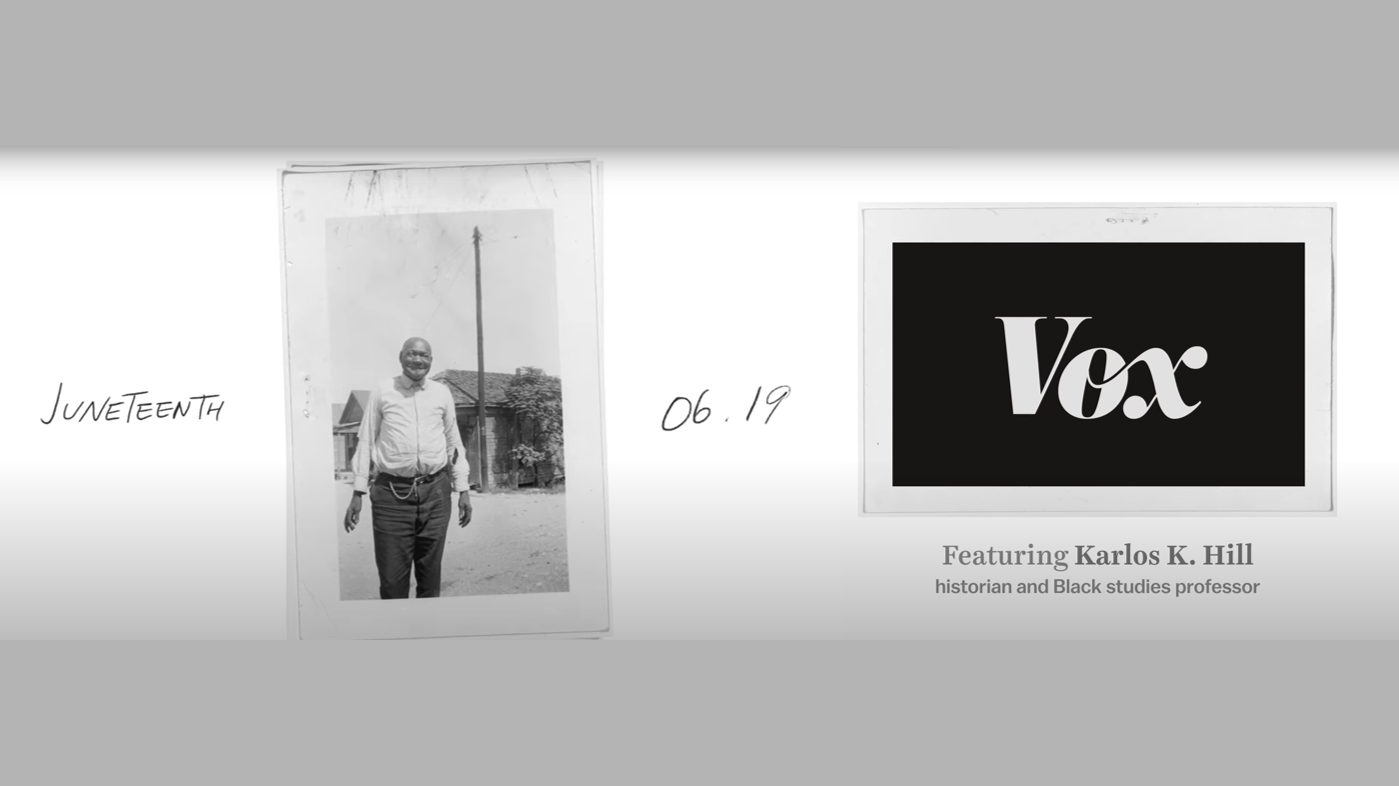 Carceral Studies Consortium board member and chair of the University of Oklahoma African and African-American Studies department Karlos K. Hill recently partnered with Vox Media to release a documentary entitled “Why all Americans should honor Juneteenth.” Read on to view the video and link the Vox page for the project.

Read on for excerpts, or access the full article here.

“When American schoolchildren learn about slavery in the US, they are often told it ended with Abraham Lincoln’s signature on the Emancipation Proclamation of 1863.

“But as late as June 19, 1865, enslaved people in Texas were still held in bondage. On that date, federal troops entered the state and began to punish slave holders and former Confederates who refused to obey the law.

“’Juneteenth is a deeply emotional moment for enslaved people,’ says historian Karlos K. Hill, of the University of Oklahoma.

“In Texas and across the country, emancipated African Americans began celebrating annually, with parades, concerts, and picnics. ‘Being able to go wherever they want and being able to wander about; for enslaved people, it was an expression of their freedom,’ says Hill. ‘Formerly enslaved people celebrating, in public, their newfound freedom, was an act of resistance.'”

The Christopher C. Gibbs College of Architecture is proud to be the inaugural host college of the Carceral Studies Consortium at the University of Oklahoma. Learn more here