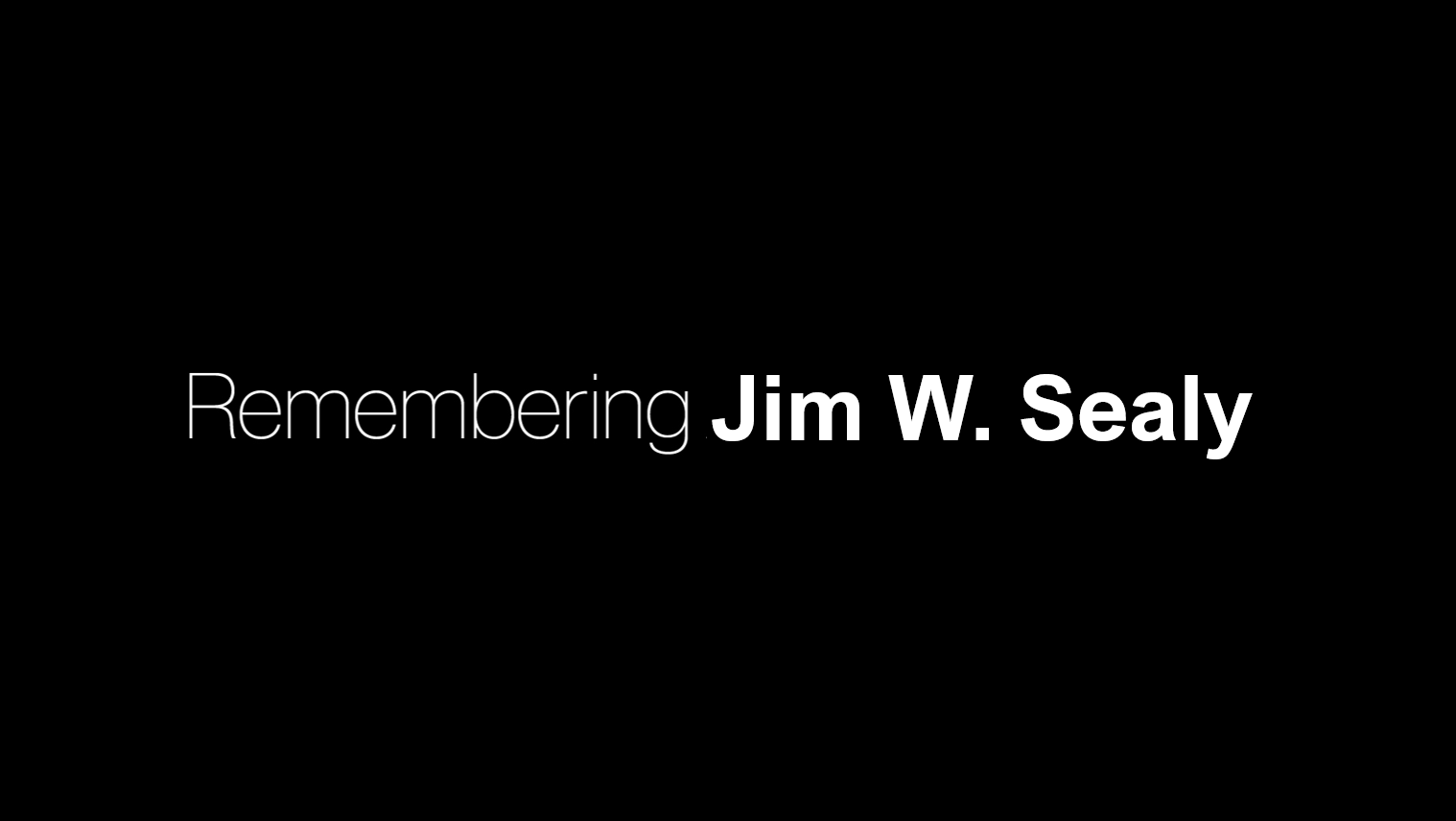 JimmyWayne Sealy was born on July 5, 1937, in Hutchins, Texas, and died on May 10, 2020, in Dallas, Texas. Jim served in the U.S. Army reserve from 1955-1965 and graduated from the University of Oklahoma with a Bachelor of Architecture, in 1965, of which he financed entirely on his own. This kind of work ethic was a benchmark of his everyday effort. To view Jim’s body of work both locally, nationally, internationally one can see how his grass roots helped him to accomplish so much.

In addition to the practice of Architecture in several prestigious firms, he became actively involved in building codes, life safety, and construction industry standards. Jim had a gift for writing, studying technical data, working with building officials on behalf of his clients.  He was also registered to practice Architecture in 14 States.

Jim became involved in the writing of codes and standards in 1972 and held a continuous membership on a national, code-related committee since 1976 when he became a member of the Southern Building Code Congress International (SBCCI) Fire and Life Safety Subcommittee. He chaired the American Institute of Architects (AIA) Building Performance and Regulations Committee Liaison Team to SBCCI and served on the AIA Codes and Standards Advisory Committee. The only privately practicing individual to sit on two International Code drafting committees, the International Residential Code and International Performance Code, Jim also served on the International Code Council (ICC) Means of Egress Committee and Underwriters Laboratory (UL) Fire Council.

He has been the recipient of the most prestigious awards given by the model code organizations, Jim received the Alton T. Riddick Award from the Southern Building Code Congress International (SBCCI) in 1988 and the John Fies Award from the International Conference of Building Officials (ICBO) in 1999 (the only individual to have received both of those awards). In addition, the International Code Council awarded Jim the Bobby J. Fowler Award in 2004, the highest award accorded in the building code administration profession.

He was known and recognized for his vast contributions to the development of the nation’s building codes and standards while serving on numerous boards and committees. In 1992, the City of Dallas recognized his service to the disabled community with the William H. May Award. In 1999, he received the AIA Dallas President’s Medal. In 2011, Jim received the AIA Dallas Lifetime Achievement Award, the most prestigious honor given by the organization…

A featured speaker for many years, Jim was one of the first AIA members to deliver a national talk on the Americans with Disabilities Act. He gave more than 40 seminars on accessibility and spoke on the merits of a single code and the advantages of performance codes, frequently sharing his expertise and teaching continuing education programs for design professionals and code administrators.

Professionally, Jim walked on water with building officials, and his reputation for honesty, competence, common sense, and tact earned that status for him. He had a way of disagreeing and setting officials straight without offending.  Through his code work, Jim mentored and made many friends around the U.S. and Internationally.

Behind his professional demeanor, both in consulting and in expert witness, Jim had a homespun disregard for social norms and false idols. As articulate a speaker and writer as he was, he had a full quiver of expletives, which were used to emphasize a point he wanted to make, he could literally make a Marine blush.  Nothing pleased him more than regaling his friends with his salt of the earth humor while holding court at his favorite pub. His colorful and unique personality set him apart.

Jimmy was a meticulous Architect. His drafting table always looked as if he were about to operate instead of to draw. Attention to detail and highly organized in his approach to things have long been a hallmark of Jim’s. Jim’s two biggest passions were Phoebe Lou and Architecture. They shared a lifetime of interests as well including photography, birding, Mexico, food, music, and close friends.