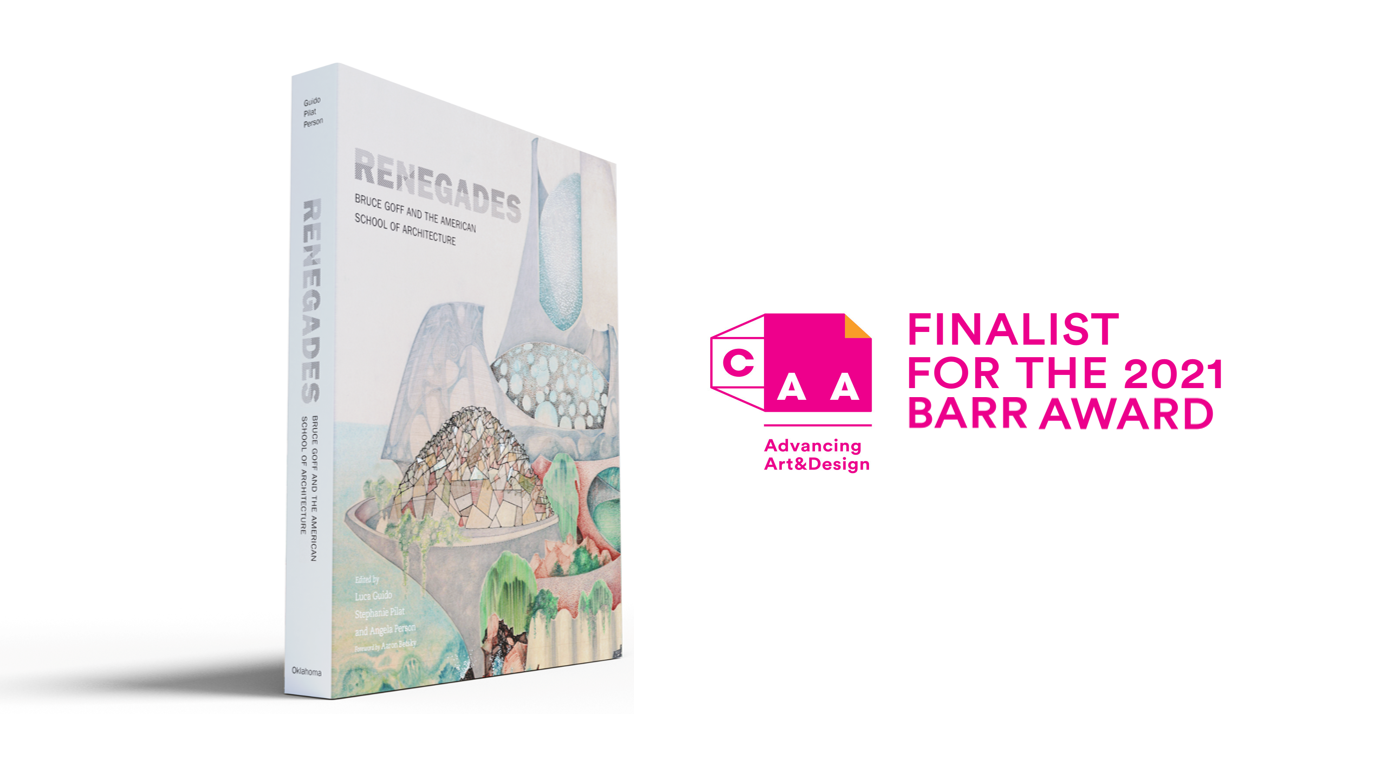 Renegades: Bruce Goff and the American School of Architecture (OU Press, 2020) has been named a finalist for the College Art Association’s 2021 Alfred H. Barr Jr. Award honoring the work of smaller museums, libraries, collections and exhibitions. It is also a finalist in the 2021 Oklahoma Book Awards’ Design/Illustration Category.

Like America itself, the architecture of the United States is an amalgam, an imitation or an importation of foreign forms adapted to the natural or engineered landscape of the New World. So can there be an “American School” of architecture? Edited by Luca Guido, Stephanie Pilat, and Angela Person, Renegades answers these questions through essays by leading scholars, as well as a wide range of images, including rare, never-before-published sketches and models. Together these essays and illustrations map the contours of an American architecture that emerged under the guidance of Bruce Goff, Herb Green and others.

The Barr Jr. Award for museum scholarship was established in 1980, in honor of the founding director of the Museum of Modern Art and a scholar of early-twentieth-century painting. This award is presented to the author or authors of an especially distinguished catalogue in the history of art, published in the English language under the auspices of a museum, library, or collection.