“Renegades: Bruce Goff and the American School of Architecture” Book Available for Pre-Order 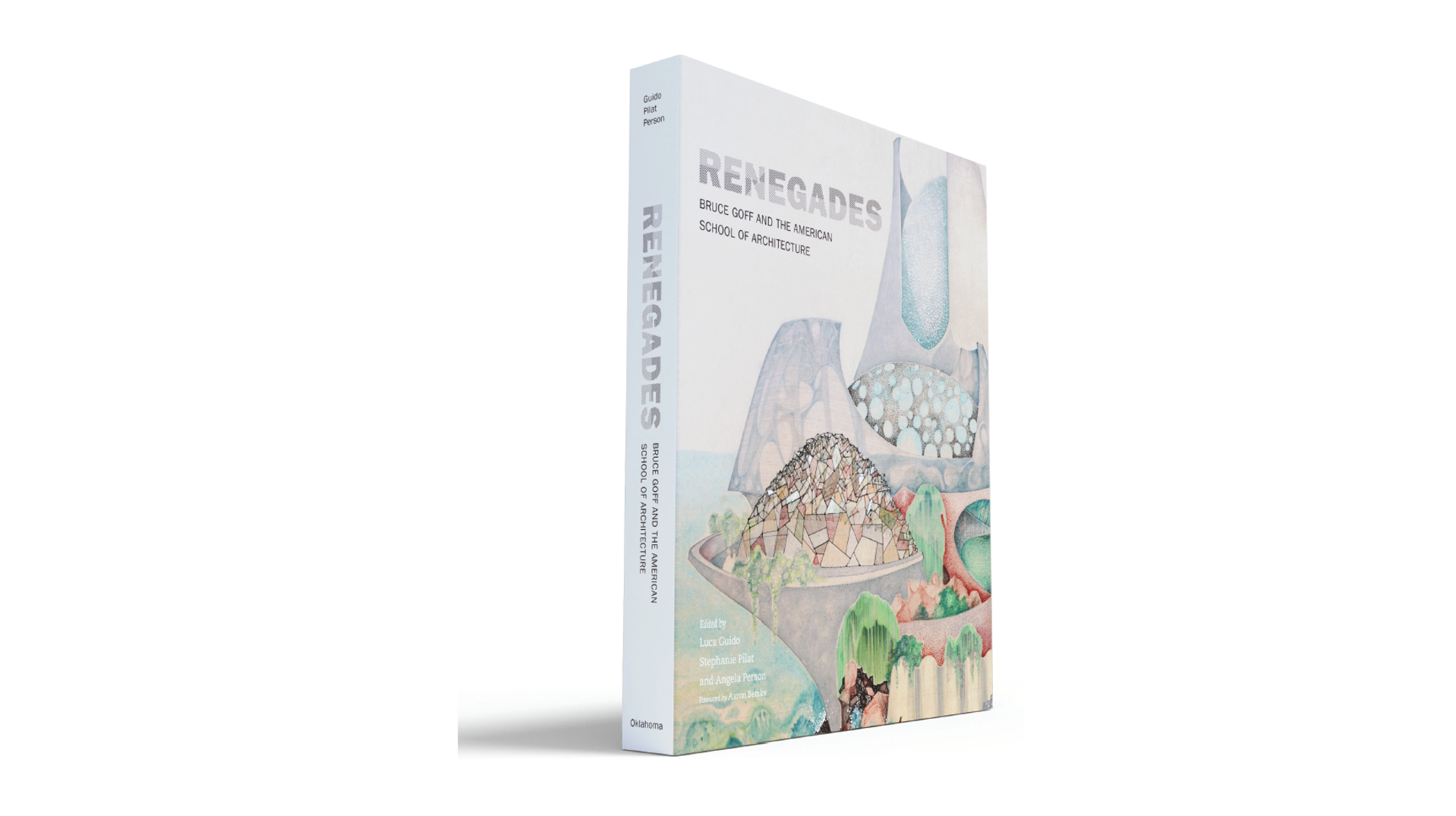 “Renegades: Bruce Goff and the American School of Architecture” Book Available for Pre-Order

The Gibbs College of Architecture is excited to announce that Renegades: Bruce Goff and the American School of Architecture (University of Oklahoma Press 2020), edited by our own Luca Guido, Stephanie Pilat, and Angela Person, is available for pre-order. Publication of Renegades coincides with the major exhibition of American School work opening at the Fred Jones Jr. Museum of Art in January 2020.

Read on for highlights and the link to order your copy of Renegades.

Like America itself, the architecture of the United States is an amalgam, an imitation or an importation of foreign forms adapted to the natural or engineered landscape of the New World. So can there be an “American School” of architecture? The most legitimate claim to the title emerged in the 1950s and 1960s at the Gibbs College of Architecture at the University of Oklahoma, where, under the leadership of Bruce Goff, Herb Greene, Mendel Glickman, and others, an authentically American approach to design found its purest expression, teachable in its coherence and logic. Followers of this first truly American school eschewed the forms most in fashion in American architectural education at the time—those such as the French Beaux Arts or German Bauhaus Schools—in favor of the vernacular and the organic. The result was a style distinctly experimental, resourceful, and contextual—challenging not only established architectural norms in form and function but also traditional approaches to instructing and inspiring young architects.

Edited by Luca Guido, Stephanie Pilat, and Angela Person, this volume explores the fraught history of this distinctively American movement born on the Oklahoma prairie. Renegades features essays by leading scholars and includes a wide range of images, including rare, never-before-published sketches and models. Together these essays and illustrations map the contours of an American architecture that combines this country’s landscape and technology through experimentation and invention, assembling the diversity of the United States into structures of true beauty. Renegades for the first time fully captures the essence and conveys the importance of the American School of architecture.

Luca Guido is a licensed architect, critic, and historian of contemporary architecture. He is Associate Professor of Architecture at the University of Oklahoma where in 2016 he served as the Bruce Goff Visiting Professor and Chair of Creative Architecture.

Stephanie Pilat is Associate Professor and Director of the Division of Architecture at the University of Oklahoma and the author of Reconstructing Italy: The Ina-Casa Neighborhoods of the Postwar Era.

Angela Person holds a PhD in Geography and is Director of Research Initiatives and Strategic Planning for the Christopher C. Gibbs College of Architecture at the University of Oklahoma.