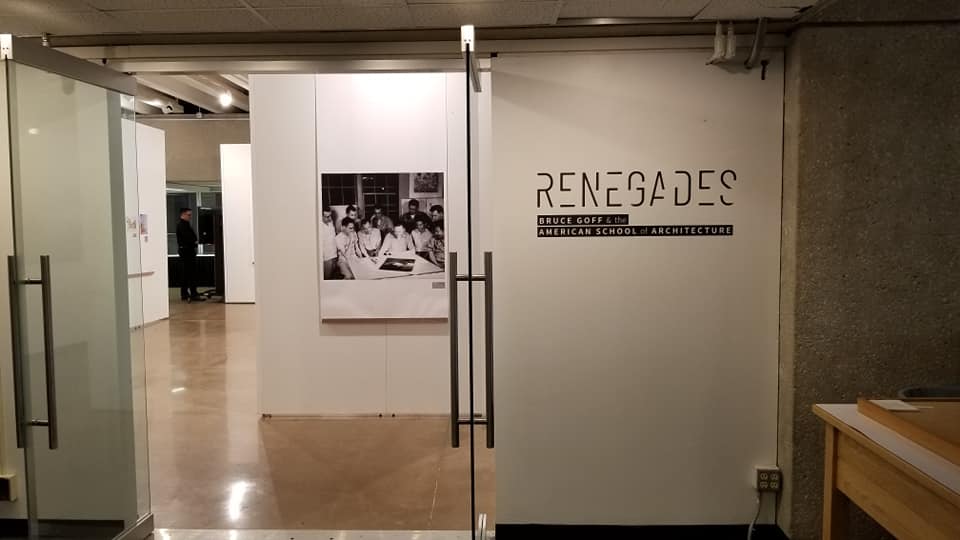 The daring, unconventional residential designs by Bruce Goff, one of the most provocative yet unheralded architects of the twentieth century, will be featured in a new exhibit Oct. 21 – Dec. 12, 2019 at the Wright Gallery, Langford Architecture Center building A on the Texas A&M campus.

The exhibit, “Renegades: Bruce Goff and the American School of Architecture,” is scheduled 4-5 p.m. Monday, Oct. 21, in the gallery. Following the reception, Luca Guido, exhibit curator, historian and associate professor of architecture at the University of Oklahoma, will present on Goff’s work in a 5:45 p.m. lecture in Geren Auditorium as part of the 2019 Architecture Lecture Series.

“Sometimes militantly defiant in his flouting of architectural conventions, Goff attracted much more attention from leading architects such as Frank Lloyd Wright and Ludwig Mies van der Rohe and international institutions such as London’s Architectural Association than from the residential and commercial architects working in Oklahoma, Kansas, Kentucky, Illinois and other states where his work contrasted dramatically with mid-century practice,” said Stephen Caffey, associate department head for research.

Goff developed his interests in music, art, architecture in the 1930s and 1940s in Chicago and California. He was an early advocate of Wright’s architectural ideas and built his reputation on flamboyant house designs favoring individual creativity over traditional architectural stereotypes.

He also chaired the School of Architecture at the University of Oklahoma and left a legacy as a fundamental contributor to contemporary American architecture.