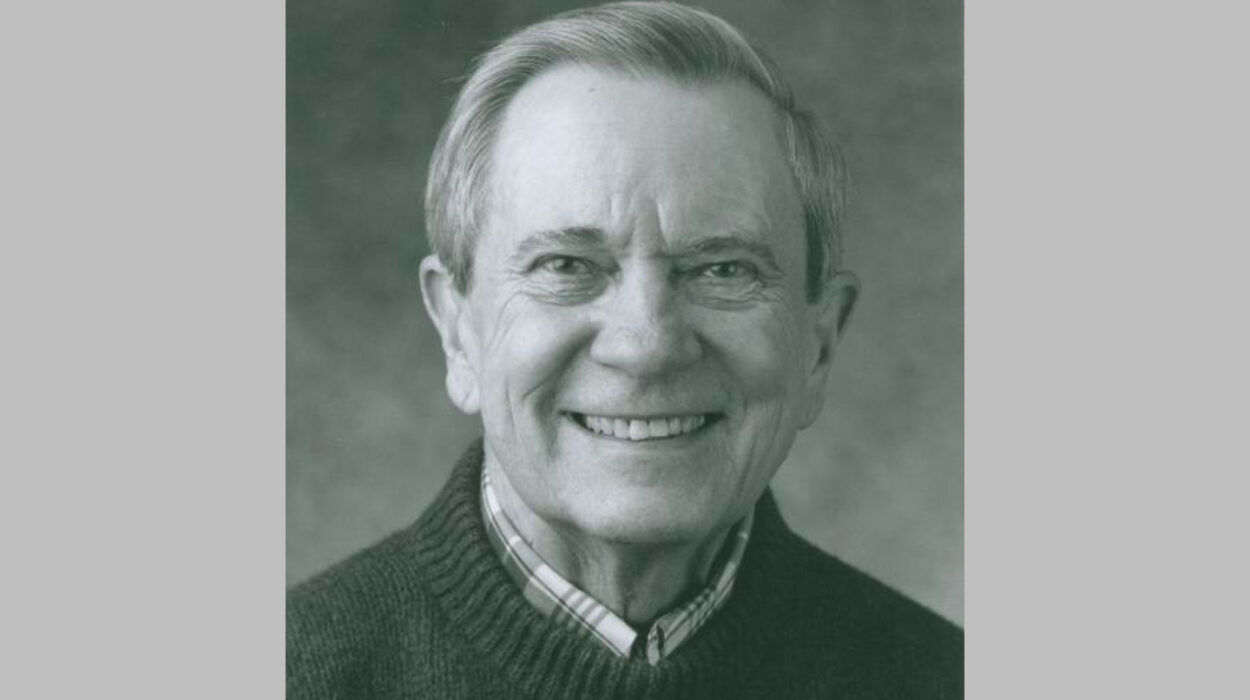 The University of Oklahoma Christopher C. Gibbs College of Architecture Hall of Fame (GCA HOF) recognizes a select number of high-character individuals who have made a significant and lasting positive impact over time to Gibbs College (GCA), its students, staff, faculty, alumni, and/or to communities across the globe. The impact may have been, or continues to be, in the form of service and mentorship, sustained professional excellence, and/or advancement and financial support. Robert Lawton Jones is part of the inaugural Hall of Fame class. To learn about all of the 2022 GCA Hall of Fame inductees, click here.

If you would like to make a gift in honor of Robert Lawton Jones, please click here.
Gifts made in memory of Robert L. Jones will support program enrichment activities in Gibbs College, such as scholarships, travel study, and professional development opportunities.

After growing up in McAlester, Oklahoma, Robert Lawton Jones (Bob) served in the U.S. Navy in the Pacific during World War II. He received a Bachelor of Architecture degree from the University of Notre Dame. A year later he met and married Ethlyn “Lynn” Scott in Chicago, Illinois. Professional licensing and a Master’s degree from the Illinois Institute of Technology followed. In 1953-54, he was a Fulbright Scholar at the Technical University of Karlsruhe, Germany. After 35 years of private practice with Murray Jones Murray in Tulsa, Bob was appointed Professor of Architecture and Director of the Graduate Program in Urban Design at the University of Oklahoma, a position he held for 11 years. He then served as Campus Planner for the University of Tulsa until his retirement at the age of 72.

Bob was committed to quality and the development of professional teams at a time of great social and economic change. Former associates describe him as “scholarly, witty and driven.” An early mentor was Mies Van der Rohe, arguably one of the world’s top four architects of the Modern Movement in the Twentieth Century. The work of Murray Jones Murray was published, exhibited or honored on 120 occasions.

Through his work, Bob sought to create architecture which would meaningfully respond to the imperatives of nature, humanity and technology. His 1963 presentation “Nature and the Built Environment” was the direct stimulus for the American Institute of Architects nation-wide program “The War on Ugliness,” one of the first professional efforts to address pollution in this country.

For over half a century, Bob and his wife, Lynn, were engaged in social justice and peace movements, efforts that have been recognized by the National Conference for Community and Justice, Tulsa Metropolitan Ministry, and many others. Bob died in Santa Fe, New Mexico on September 14, 2018 at the age of 93.