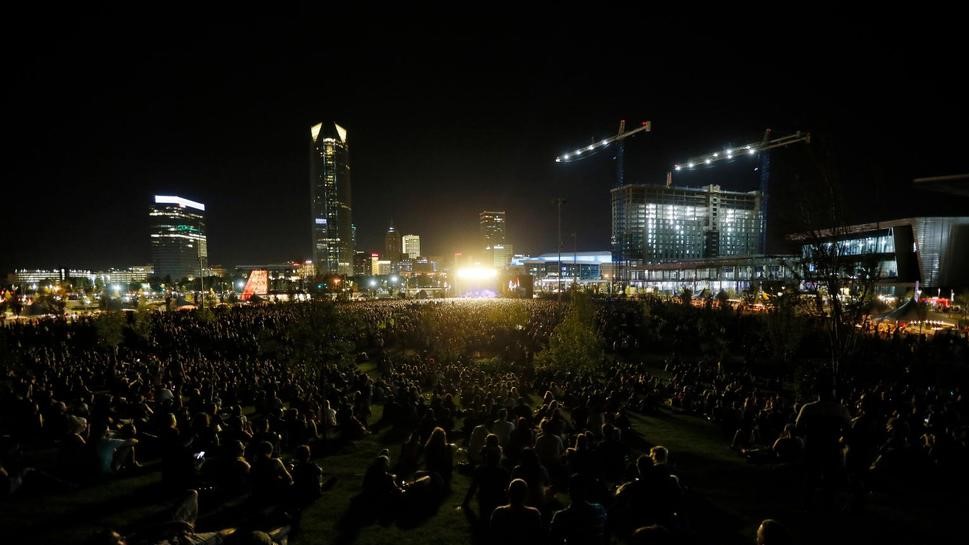 Did you know that the Scissortail Park concept was shaped by Gibbs College students in a course taught by dean Hans E. Butzer more than 10 years ago?

Now, after years of saving and planning, Oklahoma City has officially opened the park in downtown! In fact, more than 28,000 people turned out to the grand opening of Scissortail Park on Friday, September 27, 2019.

“We’re all trying to create the best possible space in the history of the city, and you don’t sleep, you keep going,” said Butzer.

Part of the 2007 “Core-to-Shore” master plan, Scissortail Park functions to connect the downtown Oklahoma City area to the Oklahoma River. The park is comprised of an “upper park,” which opened last Friday, and a “lower park,” which will open in the coming years.

When completed, the two parks will total 70-acres of public space, and feature a variety of engaging experiences for visitors including ornamental gardens and woodlands, a 3.7 acre lake, children’s playground and water fountains, seasonal roller rink, dog park, picnic grove, and more.

Scissortail Park in the News: