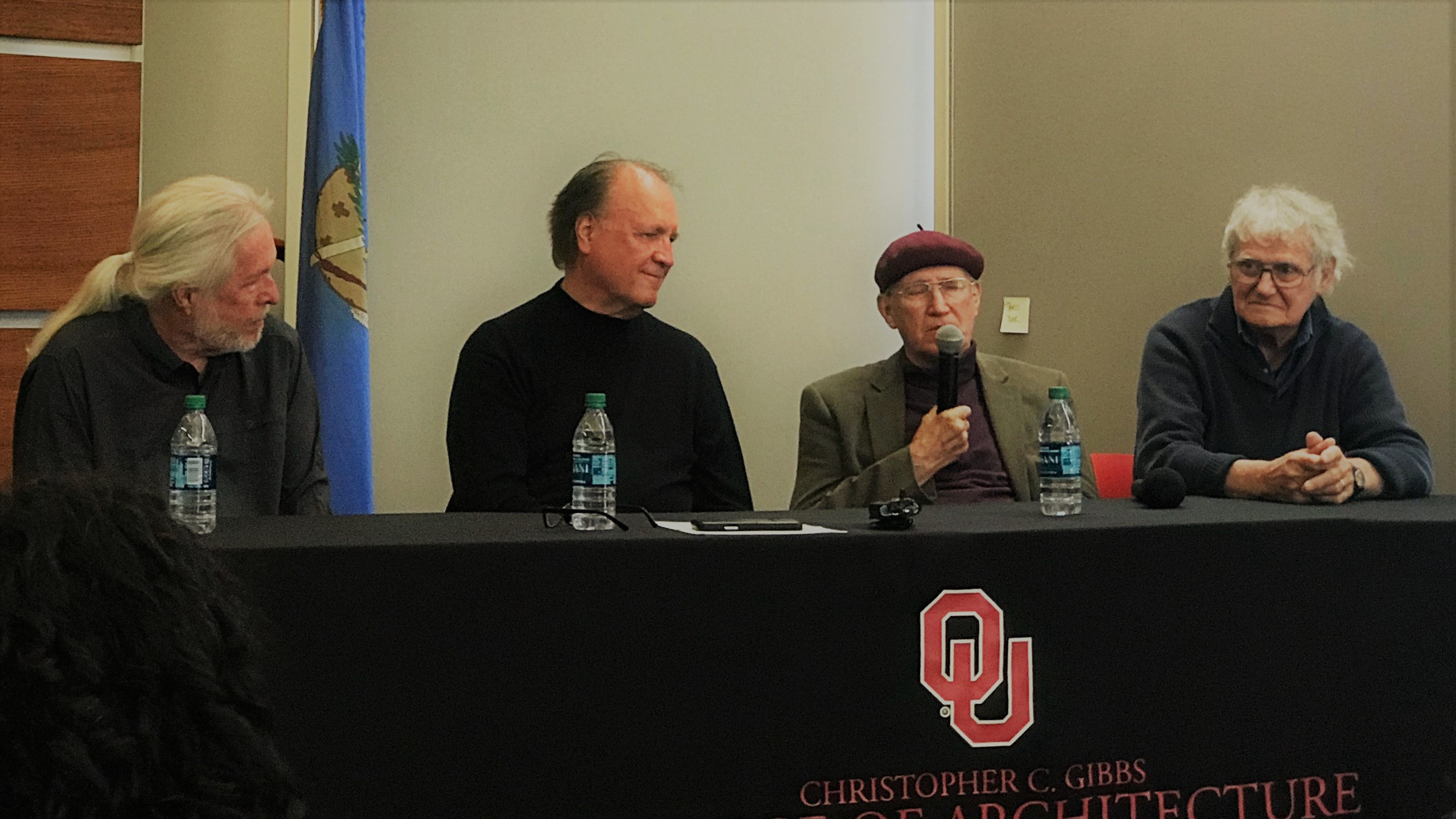 The symposium began with a public lecture by Dr. Christopher Mead, Emeritus Regents’ Professor at the University of New Mexico, who spoke about the work of Bart Prince within the context of an American tradition, including the work of Thomas Jefferson, Bruce Goff (BG) and Frank Lloyd Wright. Mead has published widely on European and American architecture and urbanism, including books on the American architects Robert Venturi, Bart Prince, and Antoine Predock, and the French architects Charles Garnier and Victor Baltard.

The American School is a contemporary approach to architecture that was developed under the guidance of Bruce Goff and Herb Greene at the University of Oklahoma during the 1950s and ‘60s. At the time, architecture schools in the United States followed a curriculum often inspired by either the French Beaux Arts school or the German Bauhaus school. On one hand, the French model centered on studies of classical principles of design and entailed meticulous copying of the great classical architecture of Greece and Rome. On the other hand, schools such as the Illinois Institute of Technology and the Harvard Graduate School of Design adapted the Bauhaus curriculum model—known for embracing industry and abstraction in art, architecture and design—to the American context. During this time, the curricular experiment started by Goff at the University of Oklahoma stood apart from these two trends: it offered an original and authentically American approach to architecture and pedagogy.

Since 2016, The American School project at the University of Oklahoma Christopher C. Gibbs College of Architecture has celebrated OU’s rich legacy through a series of exhibitions, symposia, lectures, and more. Among these events include The American School exhibition, part of the European Cultural Centre’s 2018 Venice Biennale collateral event, and the Renegades at Bizzell exhibition, on display at Bizzell Library on the Norman campus through July 29, 2019.

The American School Symposium was made possible with support from the University of Oklahoma Presidential Dream Course program and the Bruce Goff Chair of Creative Architecture.