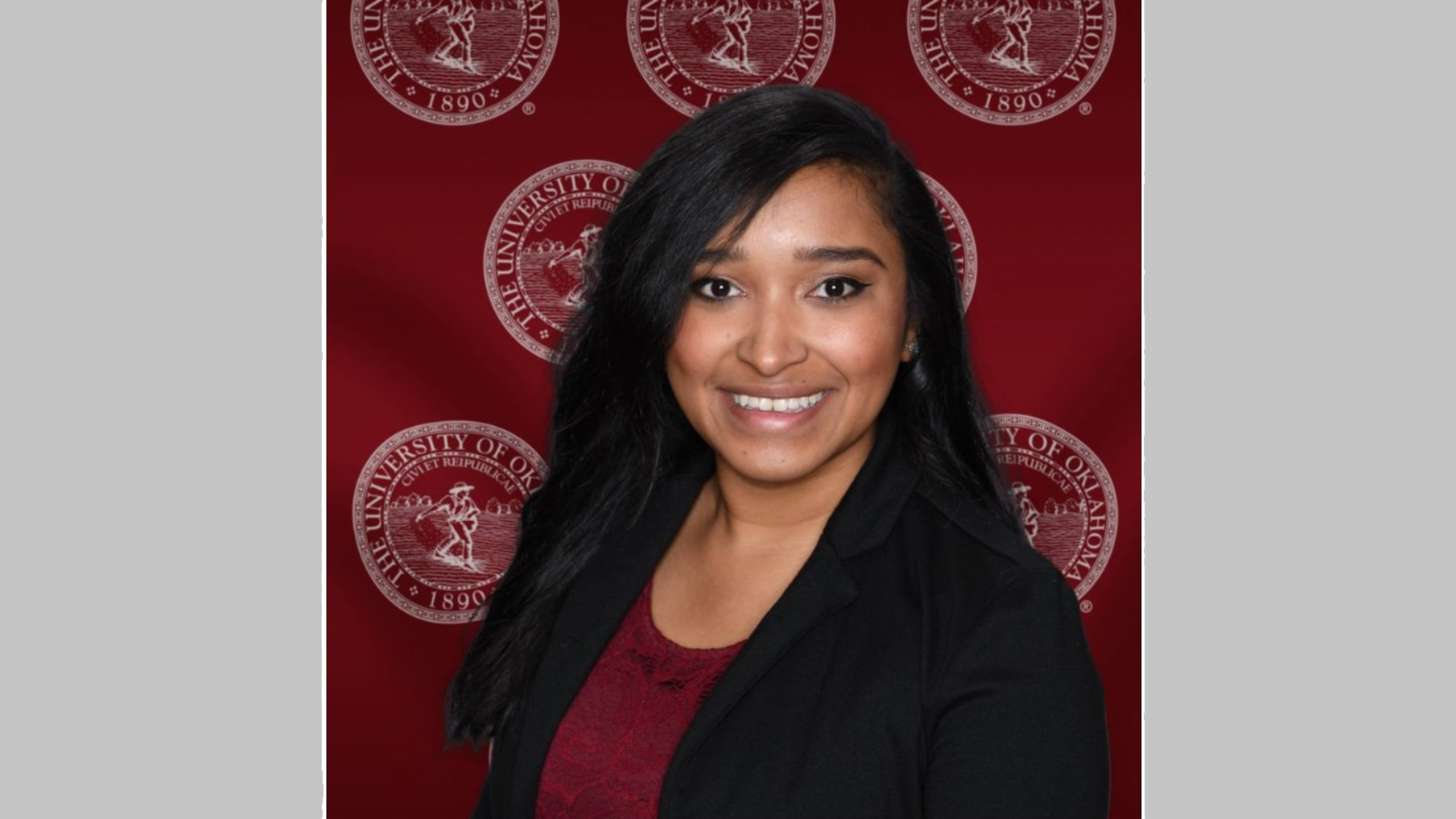 GCA communications intern, Haley Sandell (H), spoke to recent graduate, Alecia Buffington (A), about how her last semester at OU and new job in OKC!

H: Where are you from? Can you tell us a little bit about you and your life leading up to Gibbs?

A: I was born and raised in Shawnee, Oklahoma. I spent a lot of my time doing a lot of crafting and art projects with friends. Once I started working towards getting my associates degree in art, I realized I wanted to take that a little further and find a major that would really work for me. Having these different aspects in my life kind of play a role in to the plan of what I wanted to do.

H: Gotcha. With your art, what was what was your favorite medium? What did you like to work with?

A: I started off liking to sketch, but painting was my main medium and I still paint to this day, but usually it’s just when my friends and I gather. We get together to paint and spend time together. I think that is one of the mediums that I enjoy the most now.

H: That’s really cool. How did you decide that you wanted to come to OU?

A: My family are huge fans of the university. My dream of attending the University of Oklahoma started when I was in fourth grade. I always attended the rallies and football games growing up, so I always found it exciting. Once I found out that they had an awesome architecture program, I was hooked.

H: Yeah, definitely. What kind of projects are you working on? I know, it’s kind of an uncertain time with COVID and stuff, but what does life look like for you?

A: Right now, I’m working with a firm called FSB architects and engineers locally in the city.  FSB mainly worked on a lot of Native American projects in the past, because they have a Native American sector. That what really made me interested in them. Being Native American myself, I really kind of had a passion to kind of go towards that a little more. I’m currently working on a project in Mobile, Alabama, it’s for an Airbus canteen, which is pretty cool. Another one that I’m working on right now is going to be in Oklahoma City. It’s going to be a mixed-income, urban high rise development, and will feature retail on the ground level with apartments above it.

A: Going into the internship. I didn’t really know what to expect. I had no idea how a firm was really ran. FSB is a huge firm, they have all in house engineers and everything, so that makes it a lot easier. Seeing projects come alive is really awesome. I’ve been excited to just work on anything so I can to say that I’ve had an involvement in that.

H:  Yeah, definitely. You’re getting your name out there. What is the project that you worked on at Gibbs that you’re most proud of?

A: I have a few. I think that my first couple are with the National Organization of Minority Architecture Students (NOMAS). I was treasure and president for the chapter. In my fourth year we were able to go on a design competition that takes place all over the country. It was me and two other people, a graduate student and a fifth-year student at the time. We were working really hard and cranking a lot of work for about a month, because that’s the only time we had to work on it because it was short notice and I really wanted to get into this competition. In my fifth year, I became the president of the organization. We got a good group of people together to work on the project. After a lot of hard work, we were able to present at the competition. and we made it to the semifinals. We didn’t place for the finals, but it was still an awesome experience that everyone came together. My last project was my final project for fifth-year studio. That one was interesting because it was interrupted by COVID and everything happening. The project was a recreation center that I chose to be by the bridge of North East 10th Street in Oklahoma City. That project focused on bringing the east side of Oklahoma City and the west side of the city together.  We were trying to figure out a good way to stitch those sides together. One thing that my group came up with was to create a land bridge, which can kind of make the transition a little more seamless. This exercise brought together a healthy community with recreation.

H: That sounds fantastic. I wish that existed. What was your favorite thing about Gibbs?

A: One of my favorite things would have to be the American School. I loved the focus on being creative and designing with your feelings that the school encouraged and the different forms that architects like Bruce Goff and Frank Lloyd Wright used. I took inspiration from their beautiful work whenever we were learning more about the American school and the origins of it. It was fun being able to experiment and use those different non-conventional forms in a building.

H: When and why did you first become interested in architecture? Did you start in art and you wanted something to put your crafts into and your artistic vision? And why architecture?

A: I think that I really became interested in architecture when I was in high school. I was always fascinated with buildings and I’d always play this Sims game, where I could just build and have these different avatars to interact with the buildings. I thought that would be really exciting if I were able to do that in real life to create these designs and buildings and just watch how people interact with them and see what they love about them.

H: It’s kind of funny to me, because you’re not the first person to mention that the Sims. What advice would you give current students about entering the workforce after graduation?

A:  Try to make a lot of connections with a lot of people and be involved on campus and try to work with the College of Architecture as much as you can. That’s one reason why I was able to meet so many awesome people while studying at OU because I was being involved with organizations. Along the way, you meet a lot of renowned architects, and designers and engineers all over the world. That definitely helps a lot and staying in touch can help with starting your career.

H:  So how has COVID affected your experience in the field at FSB?

A: I started working there early June. A lot of people were working from home, but I was one of the first waves of people that came back to work. Now almost everyone is back into the office. It’s a little different, we have to wear masks in any common areas and social distance from each other.

H: One last thing, what would you say to prospective students looking into Gibbs? What would be your two cents?

A: I would say go for it and you’re not going to get an experience like this anywhere else. You will feel right at home. Being able to challenge yourself and think outside of the box whenever you are designing or working on production is important. I think that the OU College of Architecture is an awesome place and I’m very thankful and fortunate to have been able to attend and graduate from there and now working at an awesome firm in Oklahoma City.

H: Well, sweet. Thank you so much for talking with me today.

A: Thank you for having me!

Editor’s note: This interview was edited and condensed for clarity.