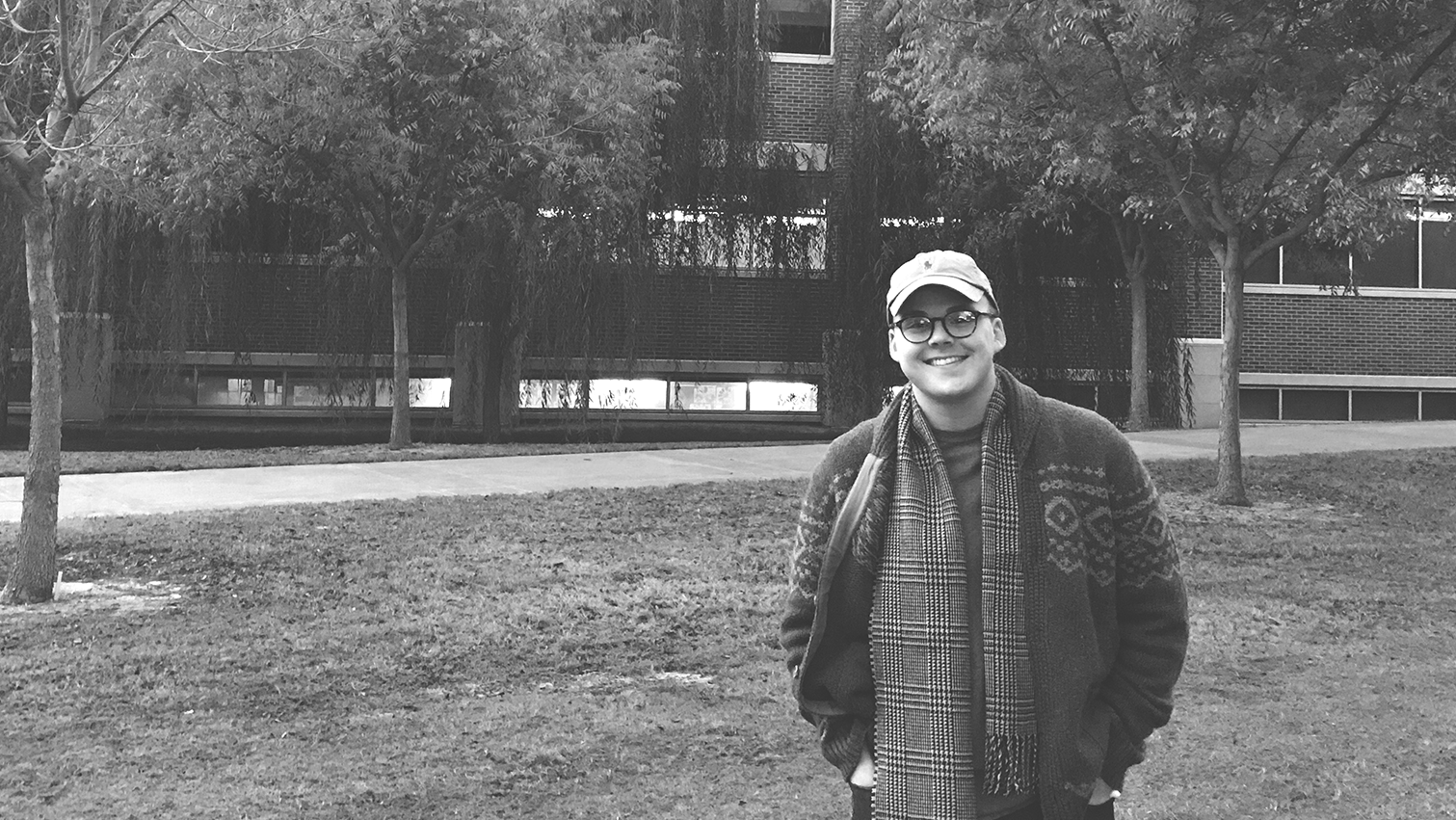 GCA communications intern, Haley Sandell (H), sat down with Ben DeCuyper (B), a recent architecture graduate at Gibbs! Ben shared some wisdom from having spent five years at Gibbs and what he will be up to next!  Read on for highlights, or click the link below to access the full podcast.

H: Today, I’ll be speaking with Ben DeCuyper! Ben is a recent graduate from Gibbs with a bachelor’s degree in Architecture. Hey, Ben! What current projects are you working on or have recently worked on?

B: So, this past semester which, as you said, was my last semester of architecture school, we all worked on an urban master plan and focused on a building that would fit within that masterplan. We were allowed to choose our own programs, and I chose to design a building that acted as both a Cancer Wellness Center and as an Urban Agriculture Center. It’s a unique pairing, but I researched a little bit about how agriculture can be helpful in terms of connecting people with nature and helping their overall diet. I was looking at how connecting people with active settings and views can…for example, after a patient is recovering from surgery, they can rely on fewer painkillers if they’re given views of active settings.

H: That’s really cool, much better than being in a stark, white room. What made you want to work on that, specifically?

B: Two things, I had a family member who had cancer, so I really wanted to design for people that are going through this experience. A Cancer Wellness Center doesn’t offer clinical treatment but instead gives people the opportunity to interact with other cancer patients and get other services like emotional support in the form of therapy, and I’ve gotten really interested, recently, in the city’s food systems and trying got create ways for people to be more connected with the production of their food and have more options.

H: Gotcha, that’s awesome! Off of that, what is a project you’ve created or worked on at GCA that you’re most proud of?

B: I would say, this past year. I was able to participate in a competition that our college participated in. It was held in St. Louis. All the teams were asked to design a center that would provide research and education for the well-being of rivers and how architecture can help mitigate flooding. It was the AIA Students Central-State Competition. We were competing with other schools, and I think we did a really good job. IT was interesting to see how ultimately the competition is testing students’ ability to come up with a single, unified concept, and use their resources in 10 hours to sell that concept.

B: Yeah, part of that is visiting the site. I had been to St. Louis before, but I hadn’t really spent any time there. The whole team was new to the area, so it was cool seeing a site, entering a room, and leaving with a concept to quick burn, and it’s really competitive.

H: That’s really cool, a good way to mix things up. So, what is your favorite thing about GCA?

B: I’ve really appreciated the emphasis that our college is able to put on the relationships between the students and the professors, that one-on-one time. I had a lot of desk-crits when I was in school, and as I got older, I realized more and more that that dynamic puts the student in a place where they have to really understand what their goals are because so much is coming at you, as a student, not only from the professors but from friends, family, and anyone who is giving you advice.  So, I like to think like we’re curating all the ideas and we need to sift through them, and the project, ultimately, is never entirely yours. Having the professors through these moments and to challenge us at times is invaluable.

H: Yeah, definitely. Getting critiques, especially one-on-one helps with a lot of real-world experience. When and why did you first become interested in architecture?

B: It’s strange because, in high school, architecture was the first thing that I considered, but I can’t exactly put my finger on why. I toyed around with many ideas on what I wanted to study: at one point I thought it would be cool to be a designer at LEGO and at one I was heavily considering journalism, but I really noticed in high school that I enjoyed studying all the different subjects that we were given and, from what I could tell, architecture was going to be a good way of appeasing many of those interests and being able to gage many different activities. I was lucky in thinking about architecture in that way because it actually turned out to be more expansive than I even predicted. In one moment you’re looking to study more math like structures, but, in another moment, if you want, you can switch and study something like theory or architecture in terms of its presence in literature; it’s just never really ending.

B: So, my sister had been at OU, so I made sure to visit the OU College of Architecture and other colleges. I really like how, when we visited Gibbs, there were other students who, unprompted, came over to talk, to see how me and my parents were doing. It was a very good feeling, getting to walk around the building, seeing everyone at work, and getting to learn about the American School shortly thereafter. That was really the tipping point—seeing that the college does have such an amazing history.

H: Definitely, the American School is very unique to OU! Since you’ve just graduated, what are your plans now? Where do you go from here?

B: That’s a good question. Seeing as things are pretty tricky at the moment, I’m lucky enough to continue interning with a firm that I had established a relationship with when I was in school. I thought in the past that I would like to go and get my master’s someday, but I don’t quite know what I would want to specialize in, so I think, for the time being, I’m really interested in working and learning more about how firms operate and work more and more towards getting licensed.

H: Gotcha! Interning sounds like a great place to start off!

B: Yeah, I’m seeing that it’s a great opportunity to be able to continue working in these times, and I’m really happy to do it.

H:  To change the pace a little bit, what should prospective students know about your major, and what would help them succeed?

B: I guess, I would go back to what I was saying earlier about it being very broad and expansive, maybe broad is not the right term. A lot of people think that being in architecture means that you’re really good at math and that type of thinking, and I guess that’s true to a degree, but I also think that reading and writing are pretty vital in order to keep the structure and the narrative of your work clean and grounded toward goals that you keep close to you. Engaging in that kind of work helps that process and also helps you present that process because it is just a story, at the end of the day. I would say that if at any point, during a project, someone feels like they’re not really motivated, it’s worth taking the time to re-orient the project toward a goal that does hold your interest. It’s hard to expect other people to be excited about your work if you’re having trouble, yourself, getting excited about it.

H: Absolutely! I come from a studio-based major, and relying on your classmates and professors helps a lot, too.

Editor’s note: This interview has been edited and condensed for clarity.