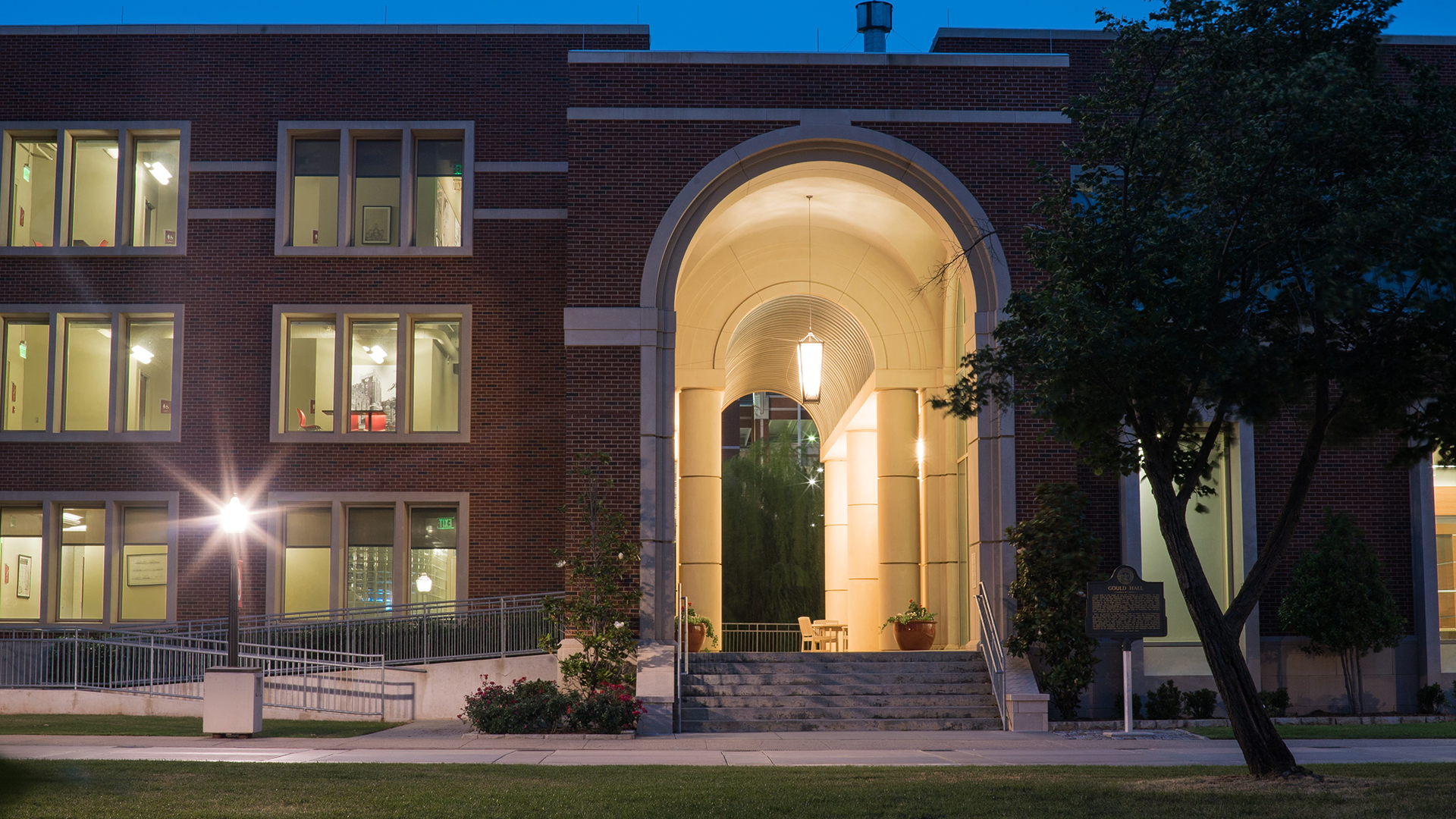 Taking Action to Create an Anti-Racist, Diverse, and Equitable Community

Summary of Survey Findings and Recommendations

On June 11, 2020, the leadership of the Christopher C. Gibbs College of Architecture (GCA) at the University of Oklahoma issued a statement titled Taking Action to Create a More Equitable Community. Their statement denounced ongoing racialized violence in the US, specifically the murders of George Floyd, Breonna Taylor, and other people of color as one of many forms of systemic racism and oppression. Further, the statement sought to recognize past efforts aimed at creating an equitable community within the GCA as well as acknowledge that these past efforts have not been enough. Pursuant to this, a survey accompanied the statement and was circulated among members of the GCA community asking for input to help develop a new phase in our plan of action to proactively promote equality and dismantle racism and white[1] supremacy.[2]

This report presents the results of the survey, as well as the learning the GCA community has continued to do through our 2020 and into 2021. The document is intended as a framework for how the GCA can confront racism in our community and build anti-racism into the foundation of the work we do together. The document was first presented to the Deans and Directors of the GCA in summer of 2020. It then underwent review by the University including legal counsel and the OU Office of Diversity, Equity, and Inclusion. It was presented to the GCA faculty for comment in the fall of 2020 and was the focus of the 2021 Back-to-School Faculty meeting in January of that year. It was also provided to GCA students for comment and was the topic of a GCA student Townhall meeting in February of 2021.  All these iterative steps were essential in improving the document and building momentum for its implementation.

This document focuses on race, racism, and anti-racism because of the flashpoint during Summer 2020, which connected to other instances of racism at OU.[3] Yet, it is important to note that any effort to address racism will also help create a more diverse, equitable, and inclusive environment for other communities that experience systemic inequities, such as along gender, class, ability status. Further, this document anticipates additional deliberative GCA action on multiple fronts to address other forms of oppression confronting the college. More must be done to identify injustice and racism in our communities, and the GCA must work in unity to address these systemic problems–both in the GCA and in the disciplines we represent. Not only will these actions support the creation of an equitable community in the GCA, but they will also support the creation of anti-racist practitioners as our students enter the built environment professions.

Throughout U.S. history, built environment professions have played a role in perpetuating racial discrimination and inequities. We, at Gibbs College, are our holding ourselves and our professions accountable for our role in creating anti-racist, diverse, and equitable communities. This work is a part of that larger effort.

The original statement that accompanied the Taking Action survey acknowledged the specific impact of recent racialized violence on the Black community while also recognizing that recent events are part of a long legacy of racism and oppression perpetuated by the dominant white society on individuals and communities of color. Therefore, it is essential that this document recognizes and articulates that histories of slavery, genocide, religious discrimination, Orientalism,[4] and other forms of oppression of individuals and groups based on their identity are part of the structures of white supremacy (Smith 2016). Here, white supremacy is understood not as an individual person’s prejudiced belief in the superiority of whites over other races, but as a complex structure of self-reinforcing, interlocking systems that result in a social, legal, economic, and cultural hierarchy with white identities at the top. Further, within this hierarchy, different identities such as sexual orientation, gender identity and expression, nationality/immigration status, economic class, or disability intersect and overlap to produce discrimination and violence, as well as forms of relative privilege (Crenshaw 1991).[5] As intersectional studies highlight, bias is manifest across communities and identities.

Understanding that these complex, racialized hierarchies exist is important for the GCA community, because the planning, design, and construction professions and their academic counterparts are highly impacted by the systems of white supremacy that reproduce discrimination and privilege as a part of everyday life. This reality is observed in the findings and “key quotes” shared throughout this document. Proactive transformation of the GCA and its related professions begins and proceeds from this acknowledgment.

As laid out in the Taking Action statement, change will only come through systematic action that identifies and proactively addresses all forms of racism and discrimination within the wider GCA community. In response to the survey findings and the multiple listening/feedback sessions, this document includes recommendations for anti-racist responses for GCA and the divisions.[6]

The following section presents findings from the Taking Action survey in the form of ten “Action” statements. Each Action statement is described in a series of bullet points and supported by “Key Quotes” drawn from the survey.[7]

The GCA acknowledges that it’s important to establish a sense of safety and security among individuals who live closest to the harms of racism and white supremacy. In order to successfully do the work of implementing an anti-racist framework, while fostering an environment that is reflective of the diversity we seek to support. Additionally, it is important that the environment at the GCA is one in which students, faculty, and staff can risk, fail, learn and grow in this work together.

In order to promote a sense of safety at the GCA, we introduce each of the following action items in an order that prioritizes, first, the creation of an environment that is safe and secure and, second, follows with diversity recruitment. That said, the order in which these action items are prioritized does not reflect the critical importance that each action holds in the work of anti-racism at the college.

The GCA recognizes that the prioritization of these action items may not be a linear process, but an iterative and overlapping series of processes, and that it’s critical that each action is given the necessary time and attention to reflect and build on successes and mistakes before moving forward.

Click here to read the entire “Taking Action Summary of Survey Findings and Recommendations,” including more detailed information about each proposed action and academic programs’ commitments to action in the coming year.

[2]     See Omi and Winant (2015) for their foundational text that describes how race is a socially constructed concept that has been used in “systems of control, exploitation, and resistance” (p. 3). These categories are not static and change throughout time to create classifications without biological basis, which then institute and reinforce power structures that are used to define polities, laws, and allocation of socioeconomic resources. The concept of “race” began when Europeans explored the Western Hemisphere and prescribed a biological category of subhuman to justify enslaving Africans. White supremacy is the socially and politically constructed system that created and reinforces white advantage over other groups. As Goetz et al. (2020) summarize, white supremacy goes beyond extreme forms of hatred and violence, but also includes subtle and systematic forms that may be difficult to identify —nevertheless, white supremacy is used to subject other groups as more disadvantaged than whites (see also Lipsitz, 2006; Pulido, 2015).

[3]     To learn more about these instances, as well as the efforts of the Black Emergency Response Team on the OU campus in response, see the OU Daily article, “BERT sit-in one year later: What has changed at OU?” https://bit.ly/3tsu8q1 (Feb. 25, 2021).

[4]     Orientalism is a concept developed by Edward Said (1978) to describe the way Western societies have sought to portray and understand themselves as superior and other cultures as inferior. Through art, media, scholarship, etc, the subordination of non-Western societies through war and conquest, among other means, is justified through the notion of Western superiority (Smith 2016).

[5]     While we focus on systemic racism and racial identities here, it is also important to understand how these intersect with other structural forms of oppression, including patriarchy, classism, homophobia, and ableism. For example, those who benefit from white supremacy may differ along the lines of religion, class, gender, sexual orientation, and ability (Goetz et al., 2020). See Crenshaw (1991) for more information on the theory of intersectionality. Intersectionality is used to describe the ways that race and gender overlap and inform Black women’s experiences and is an important framework to help understand how various aspects of identity may create or compound disadvantage or advantage. Please also see the references section at the end of this report for a list of scholarly literature on racism, anti-racism, white privilege and white supremacy.

[6]     There is no such thing as “race-neutral” policy; attempting to take a “color-blind” approach perpetuates the status quo and can be viewed as “color-blind racism” (Bonilla-Silva, 2017). In other words, policies can be either racist (fueling racial inequities) or anti-racist (leading to equality) (Kendi, 2019).

[7]     These “Action” statements were formulated by the Gibbs College Diversity Liaisons after reviewing and categorizing 106 survey responses according to similar themes. The first action statement, “Move beyond rhetoric; make deliberate choices about how we use resources to identify and combat white supremacy,” lays the foundation for anti-racist policy decisions and resource allocation in the GCA. The order of additional action statements does not imply relative importance.

Smith, A. (2016). Heteropatriarchy and the Three Pillars of White supremacy. Edited by INCITE! Women of Color Against Violence. Color of Violence: The INCITE! Anthology. Durham: Duke University Press.

This report was initially created by John Harris and Angela Person, Gibbs College Diversity Liaisons, in July 2020. It was since then enriched by comments and feedback provided by C. Aujean Lee, Vanessa Morrison, and many others.