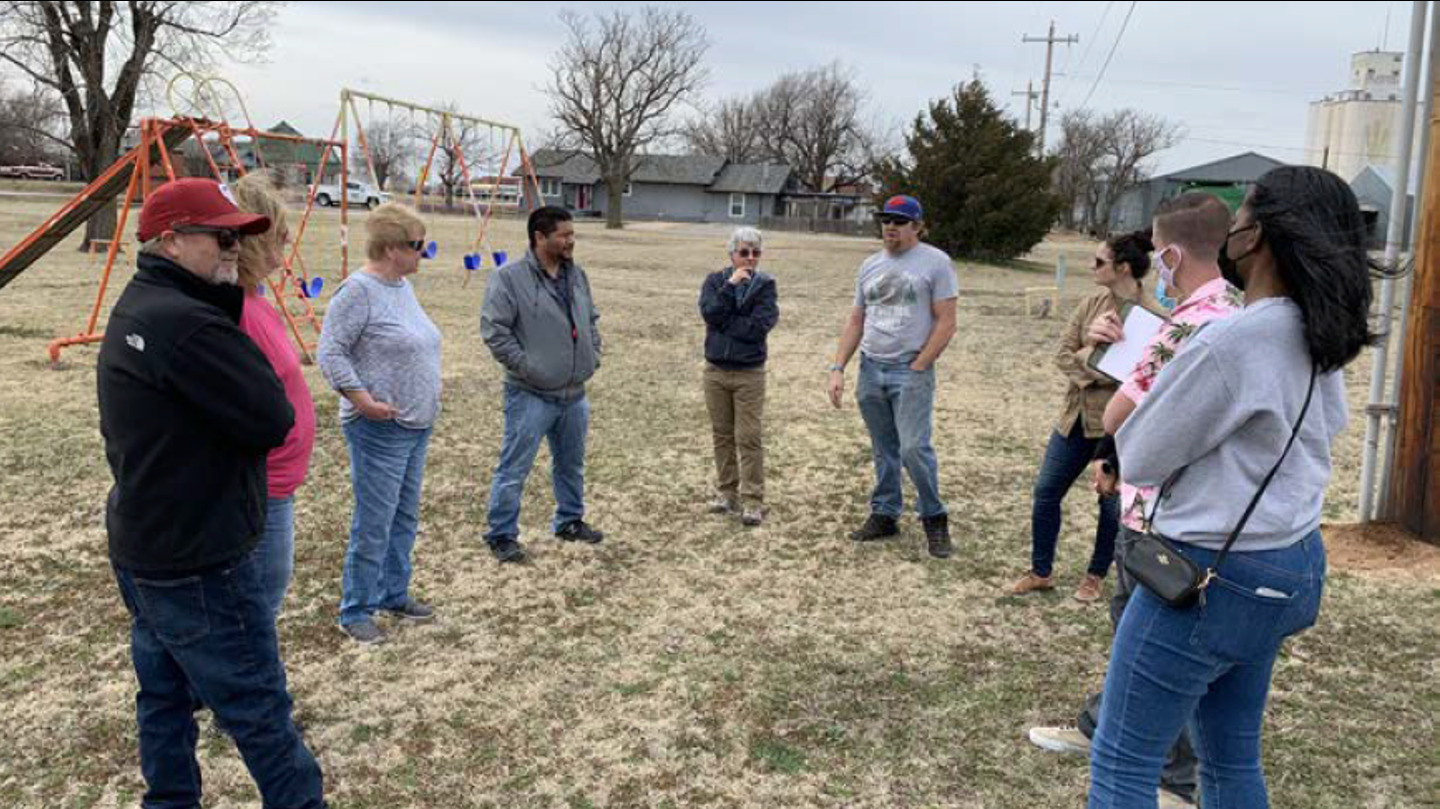 This spring the University of Oklahoma’s Institute for Quality Communities (IQC) held a community parks workshop for the communities of Hollis, Lone Wolf, and Stroud. All three communities had existing park space they sought to improve both through physical development as well as increased programming.

While each community had different goals and needs, they were able to benefit by learning about other communities’ parks. By learning about each park, its community, and community residents’ needs, the IQC team was able to provide a series of proposals to each town that specifically met the community’s goals.

All three towns’ community leaders attended a webinar in March that educated leaders on park design and management. Presenters included Dr. Sarah Little, associate professor in the OU Division of Landscape Architecture, and Dr. Jerel Cowan of the University of Central Oklahoma. While limited due to COVID-19, the IQC team also distributed surveys to residents in all three communities to determine how residents currently used the park spaces and what they wanted from the park space in the future. The IQC team visited the park spaces in each town, meeting with community leaders and residents. This helped the team better understand the goals of each space.

After creating a preliminary report and proposal for each park and receiving feedback from experts, the IQC team presented proposals to community members in April. During this presentation, communities were able to offer recommendations for changes to the preliminary report. The team then developed their final report making changes based on community recommendations.

In the town of Hollis, the original park space was minimally developed. The Harmon County Forward Foundation sought help from the IQC to develop the open space into a performing arts outdoor area that would primarily be used to host community events for the town of Hollis and the surrounding county. The proposal created by the IQC team suggested the creation of a branded, entertainment focused park. This park, “The Boundary,” would feature a performing arts stage and a layout that would support its entertainment goals.

In Lone Wolf, the park already contained play and picnic facilities; it is also the venue for an annual Kiowa Tribe Pow Wow gathering. The community asked the IQC to help develop a plan that would gradually add more amenities to the park as well as improve its appearance. The final proposal suggested developing a natural play area for children, creating walking trails, installing more seating and tables, and developing landscaping that would serve as a natural performance area.

In Stroud, Foster Park was already highly developed, with attractive features and several community programs. Stroud’s leaders looked to the IQC for suggestions on pedestrian and bicycle circulation as well as aesthetic upgrades. They also hoped to improve accessibility and create a park that people of any age or ability could use and enjoy. The IQC suggested several changes including a designated walking and biking trail, cohesive signage to tie the park together, adult playground equipment, and a fishing dock.

You can view the entire IQC Communities Parks Workshop final report below.