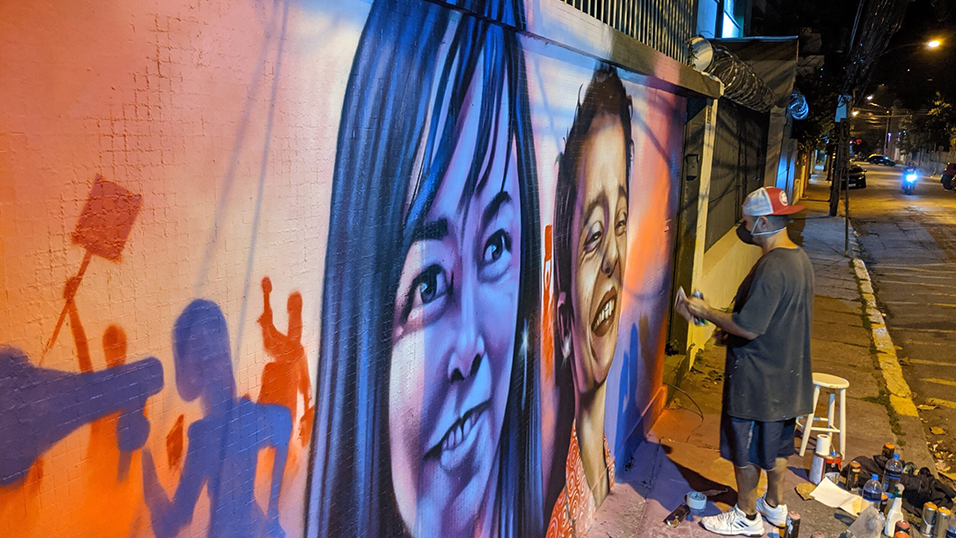 The University of Oklahoma Study Abroad Center in Rio de Janeiro (OUR) may have closed, but it leaves an important legacy in the City of Rio de Janeiro.

During their time studying at OUR, several OU students completed internships at the Associação Mais Vida NGO (AVM) which welcomes people serving alternative sentences and those who have served prison sentences. Those served by AVM start work as janitors and take boxing lessons; some move up the ranks and become boxing instructors and even compete in tournaments.

Under the supervision of Gabriel Ribeiro, founder of AVM, and Rogerio Rodrigues, director of AVM, OU students from engineering, business, criminology, and film assisted with marketing, social media and fund-raising. Some students even took boxing lessons themselves!

With the encouragement of current OU interim provost Jill Irvine, Caren Addis (the former director of OUR), Fabio de Sá e Silva and Michelle de Sá e Silva (OU College of International Studies faculty), and AVM leadership were awarded a seed grant from the Small Grants Program at the US Consulate in Rio de Janeiro.

Acme (@universoacme), one of Brazil’s most beloved street artists was commissioned to paint a series of four murals portraying people who are struggling to re-integrate themselves into society after serving an alternative sentence or prison term. The portraits, which are spread out through poor and wealthy neighborhoods in Rio de Janeiro, poignantly illustrate their struggles for dignity and survival.

The objective of the project is to jumpstart a discussion about alternative sentences and prison reform. As in the USA, Brazil suffers from mass-incarceration and violent prisons that perpetuate inequality and recidivism.

Addis said, “We hope that the stories of these flawed, yet determined people who struggle to turn around their lives, and those who fight to improve the lives of those who have been sentenced, will lead to a discussion of addressing enormous problematic social issues that plague Brazil and many countries worldwide.”

Through this series of artworks, the legacy of OUR lives on in Rio.

Editor’s Note: This story was published on behalf of the University of Oklahoma Carceral Studies Consortium, housed in the OU Gibbs College of Architecture. Learn more at architecture.ou.edu/csc.

Acme works on a portrait for the project.

Acme, above left, takes a break from painting.