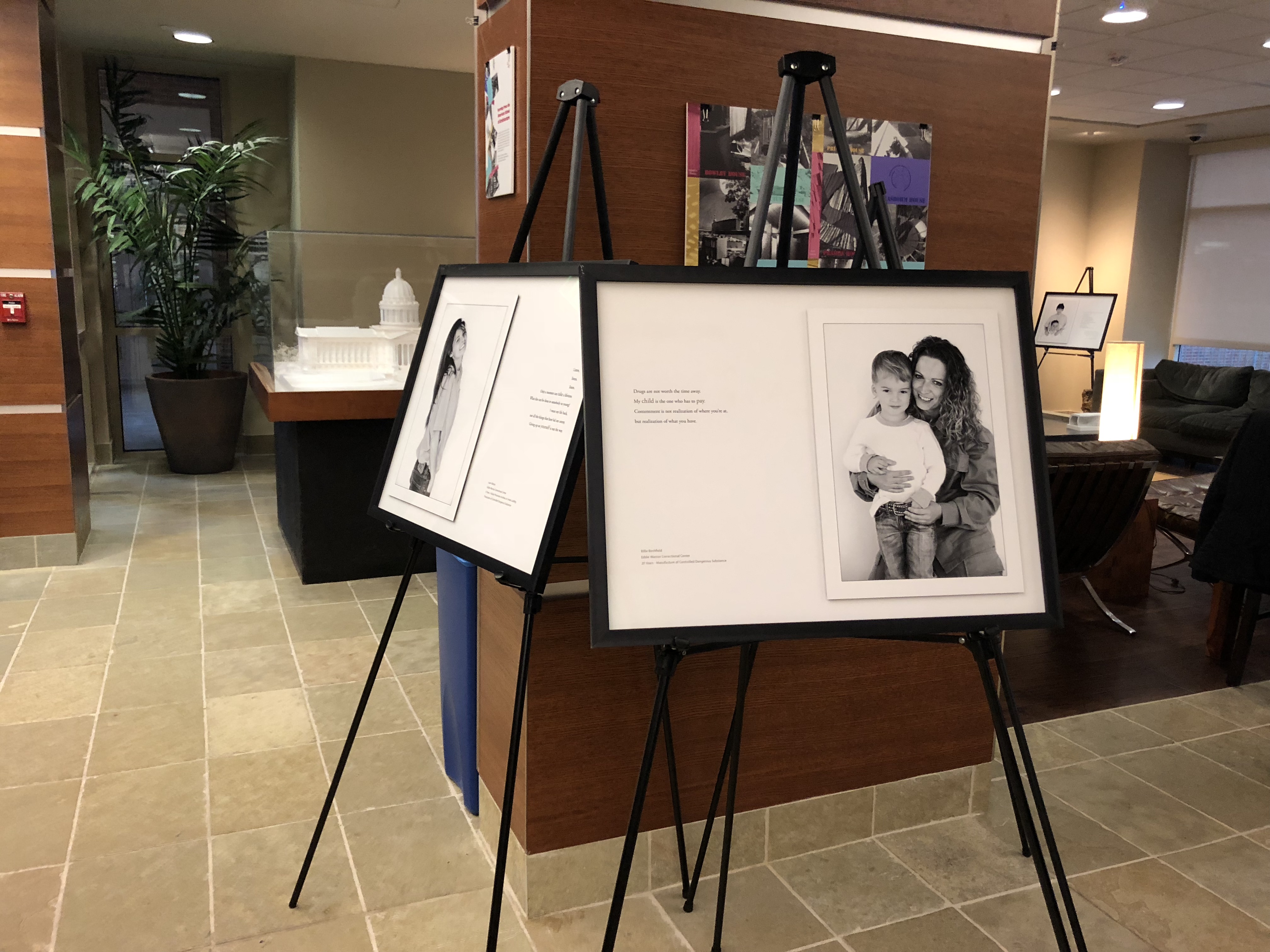 A photo exhibition by world-renowned photographer Yousef Khanfar was displayed by the Women and Gender Studies Center for Social Justice and hosted in the lobby of Gould Hall in March. “Invisible Eve” is a collection of photographs featuring women incarcerated throughout Oklahoma. Khanfar has been living part-time in Oklahoma and wanted to start a conversation about the state having one of the highest female incarceration rates in the country.

It wasn’t long before learning about the female incarceration issue in Oklahoma that Khanfar began the process of creating “Invisible Eve”. Each photograph in the collection includes the name, charge, and sentencing of each woman it depicts. Khanfar was also able to photograph some of these women with their children, showing that a lot of them have a role besides being an inmate.

“After learning about Oklahoma’s female incarceration rate being among the highest, he kind of had one of those ‘why aren’t we talking about this?’ moments,” said Carina Quiroz, the Program Coordinator for the Center for Social Justice. “It’s something that’s being ignored either actively, or because some people just don’t understand why that is a problem. Khanfar saw the neglect of the issue and chose to put a face to it.”

She continued, “By photographing not only these women but their family also, it forces us to look at them as more than a statistic. If we’re looking into the face of each woman, we are seeing that these are people from our own communities that we are forgetting about.” Khanfar hopes that this interaction between the community and the issue will motivate people to create change.

The hope for this exhibition is that it creates a discussion around the topic of female incarceration in Oklahoma that will eventually spread throughout the state.

“Invisible Eve” was hosted by the Women’s and Gender Studies Center for Social Justice (CSJ) and co-sponsored by the Christopher C. Gibbs College of Architecture, the OU Department of Sociology, and the Knee Center for Strong Families.