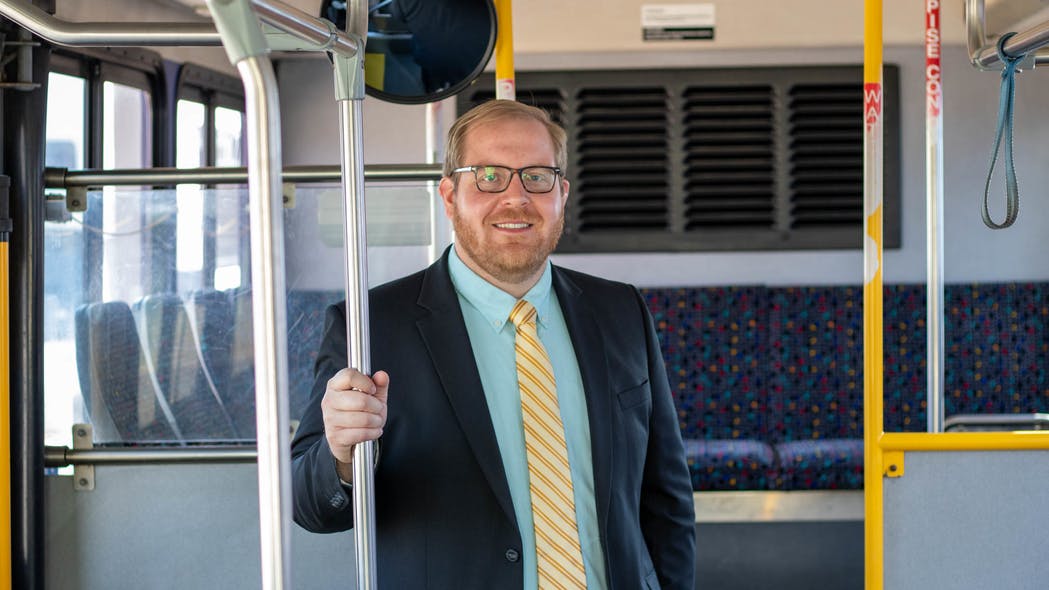 Taylor Johnson, a Regional + City Planning alumnus, was recently recognized by Mass Transit magazine as one of their 2021 40 Under 40! Mass Transit selects 40 individuals annually who show a capacity for innovation and demonstrates leadership and a commitment to making an impact in transit.

Taylor, who graduated from the OU Gibbs College of Architecture in 2017, is the transit and parking program manager for the City of Norman and has previously served central Oklahoma in various capacities, including as the planner and grants specialists at Campus Area Rapid Transit (CART) at OU, the multimodal program coordinator at the Association of Central Oklahoma Government (ACOG), and the public transit coordinator at the city of Norman.

He also serves on the Board of the Oklahoma Transit Association (OTA) as the small urban at-large director, co-chair of the OTA Urban/Small Urban Task Force, and represents the city of Norman at regional and state levels.

Taylor Johnson has been incredibly important to providing reliable public transportation to the Norman area. He was instrumental in the transition of transit operations from CART to the City of Norman. He worked with EMBARK (the Norman transit provider) and the University of Oklahoma to ensure that transportation service continued.

Johnson has worked to foster relationships between the City, the University of Oklahoma, and EMBARK, which has been key to Norman’s ability to maintain continuity of service during the transition from CART to EMBARK. Because of this, Norman had no missed days of service throughout the transition.

When asked about what he enjoys about his career, Taylor Johnson said, “I particularly enjoy that I am helping people in my community. We all have to get out and about to work, play, medical appointments, recreation, etc. Wherever it is or whatever the trip purpose may be, my hope is that public transit can get you there.”

The Gibbs College of Architecture is incredibly proud of Taylor’s accomplishments! To read the full Mass Transit article about him, click here.