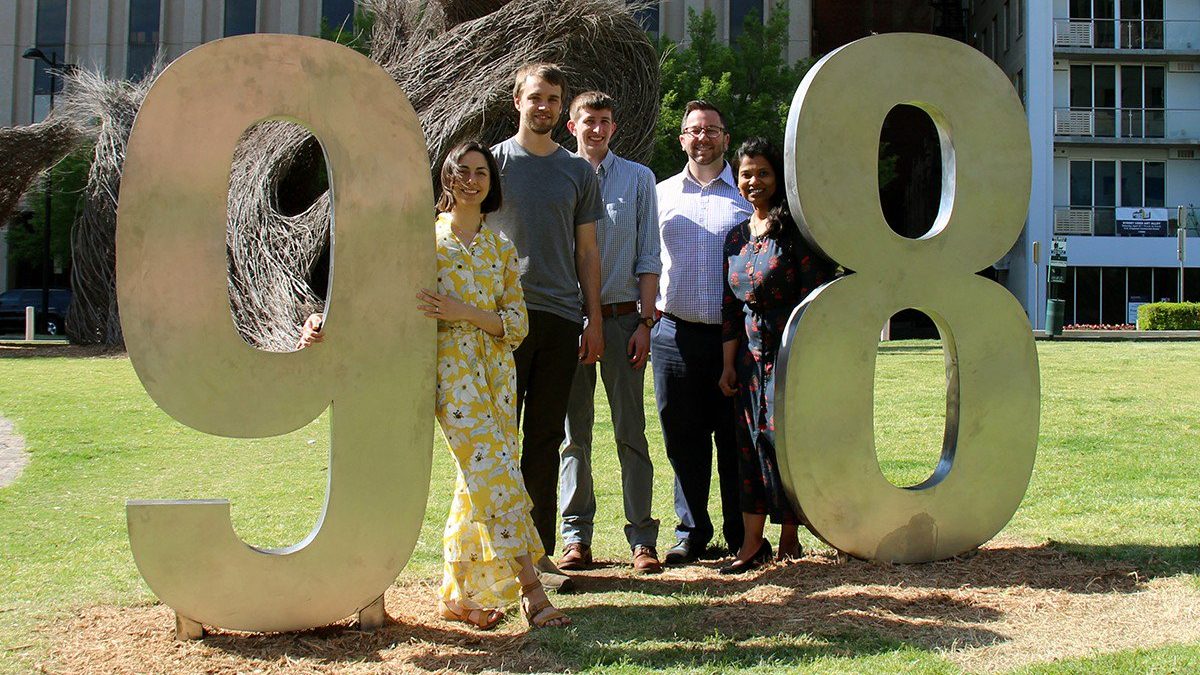 OU-Tulsa Urban Design Studio director Shawn Schaefer recently described the project. “‘Be the One’ is the second sculpture to be installed in downtown Tulsa’s Chapman Green. OU Urban Design Studio students facilitated the placemaking project using public art as a catalyst for bringing people to the park.”

He continued, “he sculpture is a truly collaborative effort between the studio, the Urban Core Art Project, TU School of Art, Structural Engineer Tom Wallace, the City of Tulsa Parks Department, and Artist Chris Morphis at Garden Deva metal works.”

Schaefer says that the sculpture will be installed in time for the opening of the Art Alley at TYPro’s StreetCred event on April 27, 2019. Urban Design students also authored a grant to bring more programming to the park in the future. The H.A. Chapman Foundation is providing $300,000 for events and activities offered by Tulsa Mayfest starting this summer.

To learn more about “Be the One,” check out this recent Tulsa World article and this feature on News 6.

Featured image: Students in the Master’s of Urban Design program