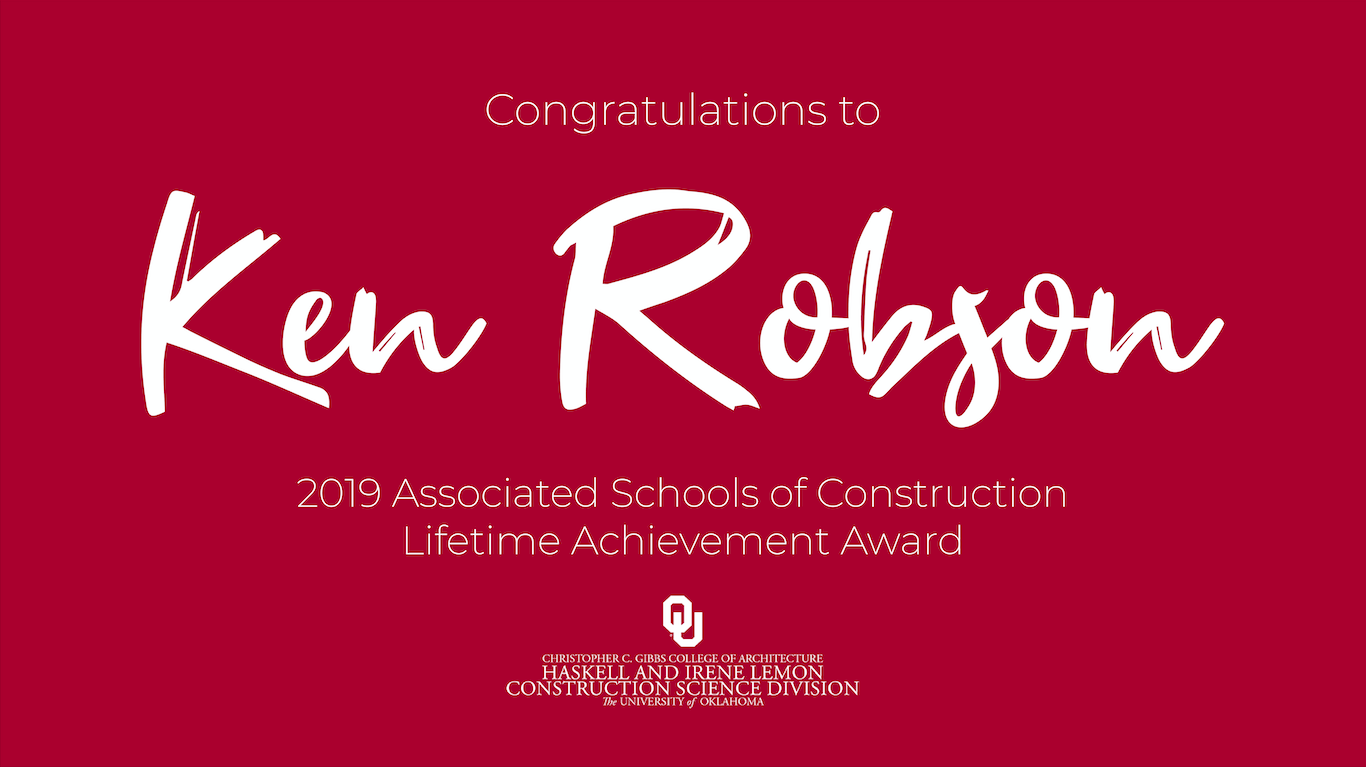 The award is given annually to individual(s) who have made significant lifelong contributions to construction education. It recognizes the exemplary efforts of individuals who have worked throughout their career to develop and advance construction education through sharing of ideas/ knowledge, inspiration, guidance and/or the promotion of excellence in curricula, teaching, research and service.

“Ken believes strongly in construction education and thought of it as a dynamic system,” said Ben Farrow, associate dean for academic affairs and international programs at Auburn University.

Farrow was just one among numerous current and former colleagues and students that have praised Robson for the award.

“I can think of no better recipient for this year’s lifetime achievement award than Ken Robson.”

To view comments from Ken’s colleagues and former students, check out the tribute video below.